End of an Era

His presence has always been a moment of pride for all cricket lovers and when Lasith Malinga walked in to bat as the No.9 batsman on July 26, 2019, the spectator stands of the R. Premadasa Stadium looked as they were invaded by fireflies. When Malinga walked in Sri Lanka innings had only nine deliveries left, and through that phase the ‘fireflies’ or the flashes of mobile phones of thousands of fans kept glowing. The same ritual continued, during Malinga’s three different spells that culminated in a total of 9.4 overs. That was the only way while the first ODI between Sri Lanka and Bangladesh was in progress that the Malinga ‘fans’ could show their idol how much he meant to them.

“Yes, I was really overwhelmed by the number of spectators came to see me off. I really owe a lot to them. Their presence made my farewell game complete, I obviously got the best sendoff,” Malinga honoured all his fans after his farewell game in Colombo.

Malinga’s cricket career, as a fiery and fearless fast bowler, had all components of cricket and beyond. But the Slinger Malinga, as he is known around the cricketing world, retires from ODI cricket as one of the most loved icons of the game.

Since making his debut on July 17, 2004 against United Arab Emirates at Dambulla in an Asia Cup game, and ending with figures of 10-2-39-1, Malinga has pocketed 335 ODI scalps until his final game on Friday after sending down 10878 deliveries and conceding 9722 runs. But figures do not distinguish what Malinga earned through cricket and what cricket became because of him.

“As a fast bowler it’s not fine to be just ordinary. You can have pace and length, but at the same time, when you spend years in cricket, you should be able to earn a reputation for something really special. And it’s a proud factor that I was able to earn that. If you take (Chaminda) Vaas, he had the swing and pace, Nuwan (Kulasekara) was better known for his swing, and I was able to master the ‘yorker’ and put my name next to it. Cricket fans know me most for that,” a casual Malinga stated after his retirement game.

Hailing from the southern city of Rathgama, Malinga was brought in to the system by former Sri Lanka fast bowler Champaka Ramanayake, who was incidentally witnessing his discovery of almost two decades ago, retiring from the opposition camp of Bangladesh.

Malinga was humble enough to call his mentor at the post-match presentation ceremony and hand him over a memorabilia, while recalling his early days of cricket.

“He (Ramanayake) is a maestro in coaching, and a truly humble man. He was on the verge of retiring when he spotted me in 2001. He told me that my bowling action was something special and he trained me with a pair of glued shoes in front of the wicket to bowl yorkers. I trained hard and he had the confidence in me to give me a match for his team, Galle CC. He gave me his place in the team and after hard training I delivered up to his expectations and claimed eight wickets in that match. I still remember him telling me that ‘now that you are here, I can easily retire’. His words meant a lot to me,” recalled Malinga of his beginnings. Through his career of 15 years, Malinga earned the spotlight of the public many a time, sometimes for the wrong reason. But the curly, bushy-haired ‘King of Yorker’ did manage to win the unconditional love of cricket fans all across the world, leave aside Sri Lanka. In India Malinga is an idol, Mumbai in particular, has a temple dedicated to him. What does it take to become ‘Lasith Malinga’ was a question fired by one of the journalists at his retirement press conference, and the ‘slinger had just two words in reply.

“It’s just hard work and patience,…..of course not necessarily off the field,” Malinga gagged, probably referring to off-the-field incidents he got entangled in, at times with the pressmen.

Despite his potential of engaging in a fruitful Test career, a ‘chronic knee injury’ limited his services only for four straight years. Since making his Test debut on July 1, 2004 in Darwin against Australia and until his final game against India at the P. Sara Oval on August 7, 2010, Malinga has played 30 games to become only the third Sri Lanka player to claim 101 Test wickets. Eventually, after couple of layoffs Malinga officially announced his retirement from Test cricket in April 2011 at the age of 27.

On Friday, Malinga retired from ODI cricket as an almost 36-year-old mature cricketer, who inspired many youngsters across the world.

“It’s important to spot a fast bowler very young and train him to become that special bowler a team is hunting for. Reaching the national team and then thinking of becoming a good fast bowler is not a good option. If you are a bowler, you should give the coaches the option to pick you for the game, not the other way. At times people may assume that I’m off my head when I continuously bowl the same delivery, maybe for hours. But when you are a good bowler, you should master the art and become the bowler a team, a captain and a nation can depend on. I’m glad that I was able to become one of those exceptional bowlers. It’s not boasting or self proclaiming, but it’s the fact,” Malinga explained.

Malinga is exceptional in certain cases. He is the only bowler to claim three hat-tricks with one of them being four wickets in four consecutive balls against South Africa. Two of his hat-tricks came in World Cups – in 2007 against South Africa and in 2011 against Kenya. With 338 wickets, Malinga becomes the ninth highest wicket-taker in ODIs, and only third to two other Sri Lankans – Muttiah Muralitharan (534) and Chaminda Vaas (400).

“I strongly feel I have become that mature cricketer, who can easily read the game and take the most appropriate action at any given point. Sadly most of the youngsters (from the Sri Lanka team) lack that ability. With my experience of 15 years at international level and with 10 years of experience from IPL cricket, I certainly can guide the next generation on what to do and how to act within the ropes in a game. I’m open, even to coach the youngsters, be it Sri 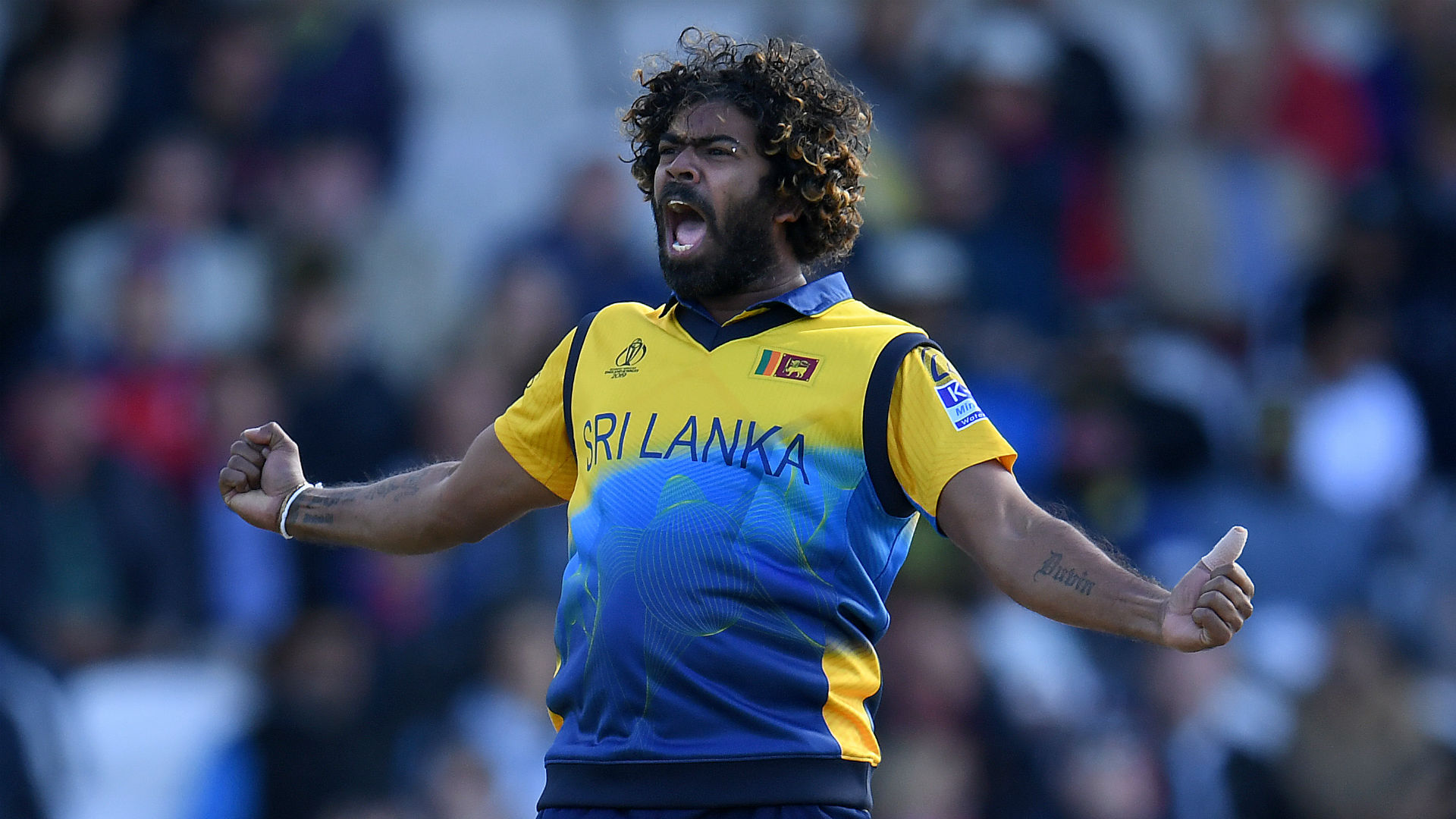 Lanka or any other team. It will all depend on who approaches me first and what their expectations are,” he hinted of a possible career in coaching.

Malinga is also the third in the list among wicket-takers in ICC World Cups with 56 scalps. He is behind Australian legend Glenn McGrath (71) and Sri Lanka’s Murali (68) and claimed his 56 scalps across four World Cups from 2007 to 2019. Number 56 also stands for another rare feat – Malinga’s highest score in ODIs as a batsman, which came against Australia at Melbourne in 2010. His only half century came in a match where Sri Lanka was almost losing before Malinga and Angelo Mathews added 132 runs for the ninth wicket, to chase 240 in a winning game. But on Friday when Malinga walked into the field as a batsman for the last time, he was welcomed in with a big hug by Mathews, who had just got out after a fine knock of 48. Malinga remained unbeaten on a run-a-ball six when Sri Lanka completed their allotted 50 overs after posting 314 for the loss of eight wickets. There was no room for a miracle with the bat for the slinger.

But when he took the new ball from the Khettarama End on Friday Malinga showed that he is as good as aged wine after bowling a spell of five overs, which included two maidens and two wickets conceding just 15 runs. Malinga bowled his second spell from the Press Box end by sending in two overs and conceding 13 runs without a wicket or a maiden. Continuing with his last spell of three overs from the same end, Malinga bowled 2.4 overs, conceded 10 runs and sealed the match for Sri Lanka by claiming Bangladesh’s last wicket of Mustafizur Rahman. Malinga’s figures read as 9.4-2-38-3 in his 226th ODI, which wind up a career that is unmatchable from the point of view of a fast bowler.

But he was involved in an inspirational act during the 11th over of the Bangladesh innings. Malinga was fielding at third-man when he decided to position himself at mid-off and give some advice to paceman Lahiru Kumara. Moments later Bangladesh batsman Mahmadullah is caught at third-man off Kumara by substitute fielder Wanindu Hasaranga.

“My captains expect me to take wickets, and with hard work I was able to be that dependable bowler. You have to be a match winner, and I’m proud to say I was able to become one of those guys who can win matches for a team. We (Sri Lanka) have good fast bowlers, it’s a matter of giving them the inspiration and proper guidance. That’s what I did with Lahiru (Kumara), I gave him a tip on how to trap a batsman and he executed that to perfection. I strongly believe that Sri Lanka very soon will become a strong side with exceptional fast bowlers, of course if proper guidance is provided.”

Eventually Malinga’s ODI career came to an end after 10916 deliveries, with 338 wickets in 226 matches, after claiming the last Bangladesh wicket to give Sri Lanka a 91-run win in the first of three ODIs. But this will not be the end of the road for Sri Lanka’s Jersey No.99. Malinga will continue to be the same or more lethal destroyer, the sole exponent of the toe-crushing yorker and the square-arm slinger in T20s, where Malinga intends to be with the Sri Lanka unit until the next ICC T20 World Championship, before completely calling a day to his playing career.

“When I met the National Selectors to express my decision to retire from ODI cricket, I was requested to stay on with the T20 side until the 2020 ICC T20 World Championship. I’m always willing to serve my country with pride. I have a plan for that, I will recommend a young squad of 20 to 25 players and work with them. If they (SLC) agree I will continue to play until the time I was requested to hang on, if not I will simply say bye and leave with grace,” the smiling assassin said, with a wide grin.

Since his first appearance until Friday, Malinga has sported different hairdos before settling down to his iconic curly and bushy style, now imitated by wig makers. When Malinga entered the cricket field his only weapon was his bowling style, but by the time he retires from ODI cricket, he has many to his credit. Malinga would have retired as an ODI cricketer, but he continues to grow as a iconic brand.

More in this category: « Tharjini Sivalingam: The 40-year-old tallest netballer in the world who almost never misses Did you know we just had a disability cricket World Cup? »
back to top