New Covid strain: How worried should we be?

I have one simple rule for making sense of "new variant" or "new strain" coronavirus stories.

Ask: "Has the virus's behaviour changed?"

A mutated virus sounds instinctively scary, but to mutate and change is what viruses do.

Most of the time it is either a meaningless tweak or the virus alters itself in such a way that it gets worse at infecting us and the new variant just dies out.

Occasionally it hits on a new winning formula.

There is no clear-cut evidence the new variant of coronavirus - which has been detected in south-east England - is able to transmit more easily, cause more serious symptoms or render the vaccine useless.

However, there are two reasons scientists are keeping a close eye on it.

The first is that levels of the variant are higher in places where cases are higher.

It is a warning sign, although it can be interpreted in two ways.

The virus could have mutated to spread more easily and is causing more infections.

But variants can also get a lucky break by infecting the right people at the right time. One explanation for the spread of the "Spanish strain" over the summer was simply people catching it on holiday and then bringing it home.

It will take experiments in the laboratory to figure out if this variant really is a better spreader than all the others.

The other issue that is raising scientific eyebrows is how the virus has mutated.

"It has a surprisingly large number of mutations, more than we would expect, and a few look interesting," Prof Nick Loman from the COVID-19 Genomics UK (COG-UK) Consortium told me.

There are two notable sets of mutation - and I apologise for their hideous names.

Both are found in the crucial spike protein, which is the key the virus uses to unlock the doorway into our body's cells in order to hijack them.

The mutation N501 (I did warn you) alters the most important part of the spike, known as the "receptor-binding domain".

This is where the spike makes first contact with the surface of our body's cells. Any changes that make it easier for the virus to get inside are likely to give it an edge.

"It looks and smells like an important adaptation," said Prof Loman. 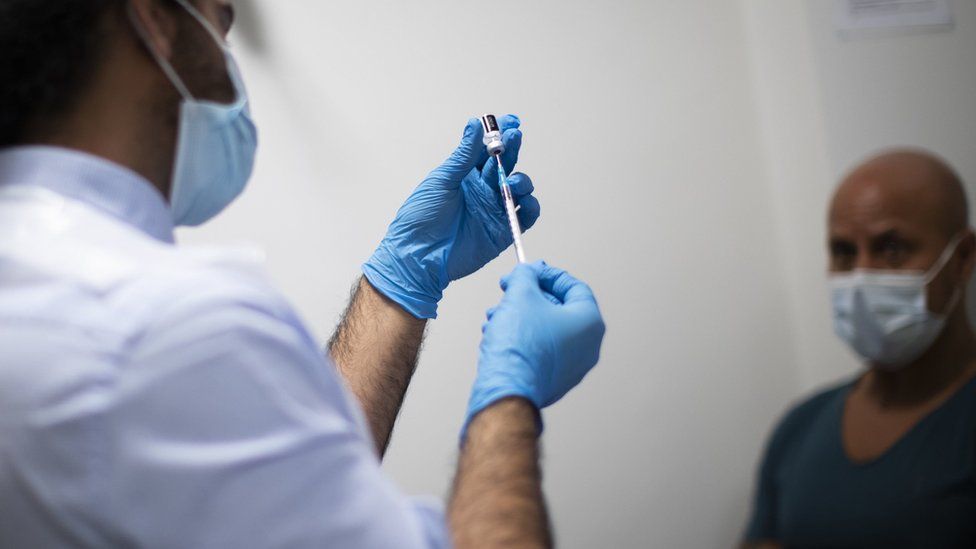 The other mutation - a H69/V70 deletion - has emerged several times before, including famously in infected mink.

The concern was that antibodies from the blood of survivors was less effective at attacking that variant of virus.

Again, it is going to take more laboratory studies to really understand what is going on.

Prof Alan McNally, from the University of Birmingham, said: "We know there's a variant, we know nothing about what that means biologically.

"It is far too early to make any inference on how important this may or may not be."

Mutations to the spike protein lead to questions about the vaccine because the three leading jabs - Pfizer, Moderna and Oxford - all train the immune system to attack the spike.

However, the body learns to attack multiple parts of the spike. That is why health officials remain convinced the vaccine will work against this variant.

This is a virus that evolved in animals and made the jump to infecting people around a year ago.

Since then it has been picking up around two mutations a month - take a sample today and compare it to the first ones from Wuhan in China and there would be around 25 mutations separating them.

We have seen this happen before: The emergence and global dominance of another variant (G614) is seen by many as the virus getting better at spreading.

But soon mass vaccination will put a different kind of pressure on the virus because it will have to change in order to infect people who have been immunized.

If this does drive the evolution of the virus, we may have to regularly update the vaccines, as we do for flu, to keep up.

More in this category: « Is Sri Lanka on a blind track? Abhishek Bachchan: A Bollywood actor's romance with kabaddi »
back to top