Being able to control pitch to develop further is one of the prime fundamental aspects of singing, we do know that a good singer like Abhisheka Wimalaweera typically should possess exceeding control over the pitch of her voice singing sans strain going through her range with relative ease.

Since she was a toddler her parents Sunil and Damayanthi Wimalaweera ,the former was a film director, lyricist and author had identified Abhisheka’s innate talents for singing had been adamant to pursue a singing career for their only child.her Father’s elder brother was Sarath Wimalaweera, the renowned announcer.

As she grew up she had improved her vocal control under the guidance of her mentor Sangeeth Nipun Sanath Nandasiri at his music school in Nugegoda which had made a huge impact on her talents with different vital elements of singing such as pitch,breath control.dynamics,sustainability and so on to become the accomplished film and playback singer she is.

The sought after artiste Abhisheka was born on 11th November 1988 very significantly rarefied number as 11/11/11.During her early life was very unfortunate as Father attached to UDA was politically victimised had suffered for fourteen years.Although there were many drawbacks, none of them were made felt to Abhisheka. Father had owned only a motorcycle where all three had travelled around. She had received her initial education at Sacred Heart Convent Galle for three years and then at St.Paul’s Girls School Milagiriya.There had been a period of two years when Abhi was compelled to stay at home sans a school which had been a very agonising factor for Father. The family had to navigate over many obstacles and very challenging periods. 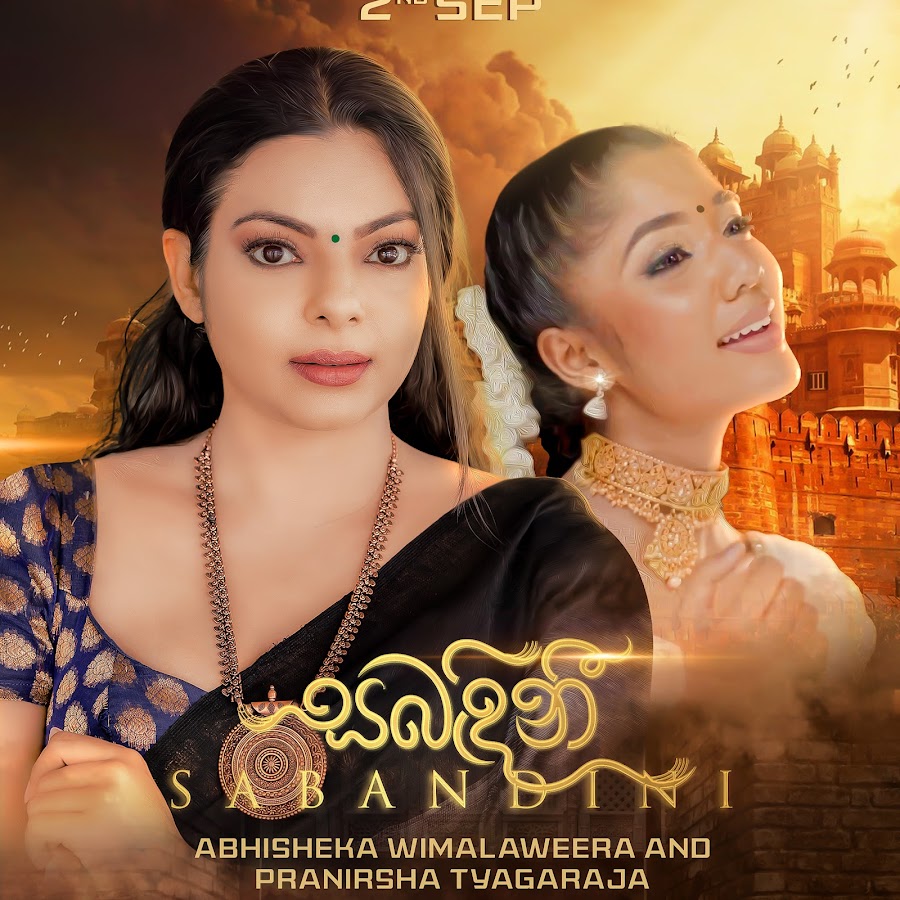 Before her marriage at the ballroom hall of Hotel Hilton to Electrical Engineer, handsome Gayan Nirantha Alahakoon ( Niran to many) from Matale, now attached to the CEB Nawala. She had possessed means to put up a two storeyed house designed mostly by herself.She fulfilled her life’s ambition to look after her parents when she was still young.She has confessed that it was her father who was her huge shadow, all successes achieved are owed to him.She had confessed that even when Abhi disliked to go for a new event, it was her father who more or less forced her which was a prime factor for all her achievements.She recalls how father accompanied her from Himbutana to for music classes and for other events.The parent duo had looked after her so well had pleaded to Niran before marriage to look after her in the same vein. Niran had seen Abhisheka singing on TV had proposed via a University friend,posted photos on FB then met her parents.Abhi in a recent interview admitted that Niran was an adorable husband but she is still trying to understand him properly, perhaps like all other wives.

The duo was blessed with a daughter in year 2014 named Fairy Abhilasya Alahakoon. It is learnt that currently Niran and daughter now six years old are very attached to one another unlike Abhi who was attached to both parents alike.Abhi had also confessed that unlike many other parents in law are very attached to hers just like her parents, she was full of praise for Niran’s mother.as no different to her own mother. One fervent wish of Abhisheka after the birth of her daughter was primarily to give her the best education possible as her journey was along a thorny path with obstacles to hurdle.

Even prior to marriage Abhisheka was on her way to stardom to the pinnacle in popularity becoming a sought after singer for films, tele dramas as a playback singer also for her own songs mostly videos viewed by millions on you tube.Her playback singing career  with her tonal screen voice had begun with the song “mangalam pathala”, in film Sanjana 2009, also ‘Nil Nuwan Pathu Sema’ in film Sinasuma Adaren ,in year 2011 “Prarthana Bidee” in film Challenges, in year 2014 “Hawasaka Ma” in film Rupantharana, in year 2018 “Madu Sandakan” in film Wassanaye Sanda. She also sung playback for “Double Trouble”,”Ethuwatha be Nethuwath Be”, having an ideal screen voice. Abhisheka’s  video song “ Chandra Mandale” a reply song to the lyrics of Rathna Sri Wijesinghe with over four hundred Youtube viewers was a real hit.

Then her theme songs for Tele Dramas also need to be emphasized.In “Ama” teledrama the theme song “Dekapul Kandulen” was so popular prior to her wedding.The theme songs for tele dramas “Rejina” “Siththaravi”. “Sathyawee” were also hits in year 2014..

It needs to be emphasized on her solo songs along with videos she also excelled as a lyrics writer V.I.Z. “Nethra”, “Nissara”,”Ridi Ridee”, “Aye Numba Ne kiya”,”Kaha Pata Arunalie”.”Seema Nehe”…All lyrics other than that of song “ Nethra” were by Abhisheka herself with Father’s inherited talent. It should be emphasized that Father had induced her to sing mostly classical songs emulating the legendary singers WD Amaradeva and Visharada Nanda Malini.

Prior to singing in the above accomplishments  Abhisheka was perpetually requested to sing in ITN programmes, ‘Thamburuwila’ and ‘Sanhinda’ etc where Abhi was a sought after singer having excelled the producers

When Abhisheka was very young for Father’s insistence she was selected to ITN’s Children’s programmes initially “ Lahiru Mandala”,”Samanala Uyana”,”Sellam Gedera”.”Hedakara Sandyawa”,”Dedunu Hendewa”,” Lassana Gedera” which are early reminiscences of Abhisheka’s multifaceted talents which need to be surfaced.

Of course Abhisheka’s saddest day in life was when her beloved, so loved Father passed away in December 2015 after a brief illness succumbing to dreaded cancer, when he had been so healthy, hail and hearty throughout his life.For so much of love she and Mother had. The duo did not like him to suffer and had even done to Nawagamuwa Devale to request GOD to accelerate his inevitable death which no other child would have vouched for.

Abhi has from year 2020 shown prowess as an author emulating her late Father.Her first novel “Karmaja” which is to be released in January 2021. However her first novel was “Nisadas” to be released by K books. Abhi is grateful to her Father in teaching her the basics in writing.Also she is thankful to Indra Alahakoon and her mother for editing her book.Her first poetry book “Mathaka” was also released in year 2020.

The latest feather in Abhisheka’s cap was when her short story had been selected by the Godagama Publishers hand copy story competition 2020. where Abhi’s story was selected among the best six stories.

In the context of the foregoing it would be the fervent hope of all Abhisheka followers that she should climb to taller heights until the pinnacle in her field of singing , lyric writing.authoring and lecturing in music is reached.

Last modified on Saturday, 09 January 2021 00:22
More in this category: « “Developing Countries” should ignore WHO and formulate own COVID-19 prevention measures A wristband that tells your boss if you are unhappy »
back to top

Top US delegation to visit tomorrow

Another obstacle for the 21st Amendment!