Larry King has interviewed every sitting president since Gerald Ford. Here he is with President Bill Clinton and Vice-President Al Gore before the 1996 presidential election
Jan 25, 2021

With his trademark braces, rolled up sleeves and easy style of questioning, Larry King - who has died aged 87 - is one of the legends of US broadcasting.

During his six-decade career, which included 25 years hosting his own nightly programme on CNN, King interviewed many of the most famous political leaders, celebrities and sports people of the day.

At its peak, his Larry King Live Show on CNN was bringing in 1.5 million viewers a night. When the final episode aired in 2010, it was the longest-running show hosted by the same person.

In a recorded message on his final show, then-US President Barack Obama said King had "opened our eyes to the world beyond our living rooms". CNN said he had been described as the "Muhammad Ali of the broadcast interview". 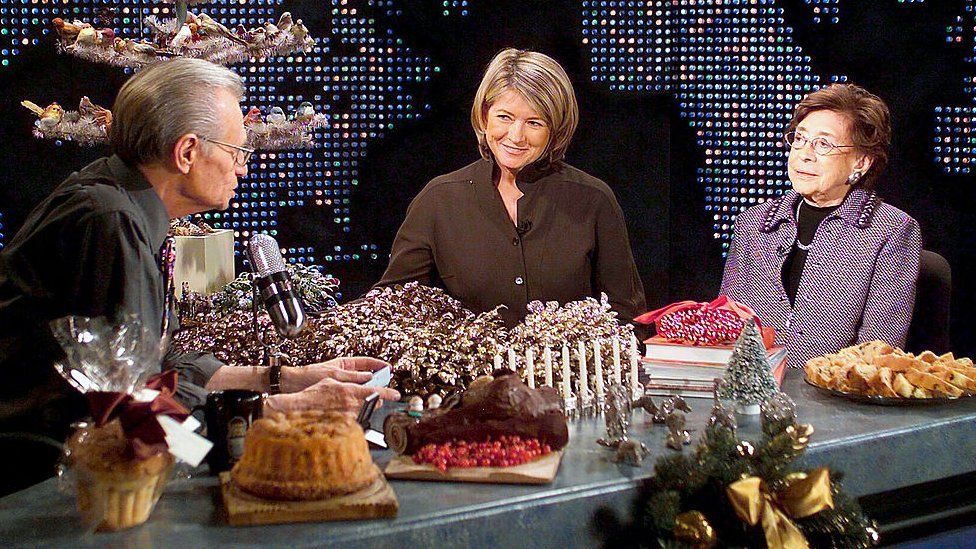 Larry King was born Lawrence Harvey Zeiger in Brooklyn, New York, in 1933. He grew up in a religious and observant Jewish household, although in later life he became an agnostic. After the death of his father Edward at just 44, King worked to support his mother for several years after graduating high school.

However, having realised he wanted to work in broadcasting, King moved to Florida in his early 20s to work on a radio station. It is said that minutes before going on air for the first time, he was told by the station boss to change his last name to something "less ethnic", and chose King after glancing at a newspaper advert for King's Wholesale Liquor.

During the 1950s and 1960s, he rose through the ranks of local broadcasting and by 1978 gained nationwide prominence as host of an all-night call-in radio programme called The Larry King Show, before moving to CNN.

According to CNN, King carried out more than 50,000 interviews during his 50-year career. They included exclusive sit-down interviews with every US president since Gerald Ford. His other high-profile guests are too numerous to mention but have included Dr Martin Luther King, the Dalai Lama, Bill Gates, Lady Gaga, LeBron James, Paris Hilton and Margaret Thatcher. 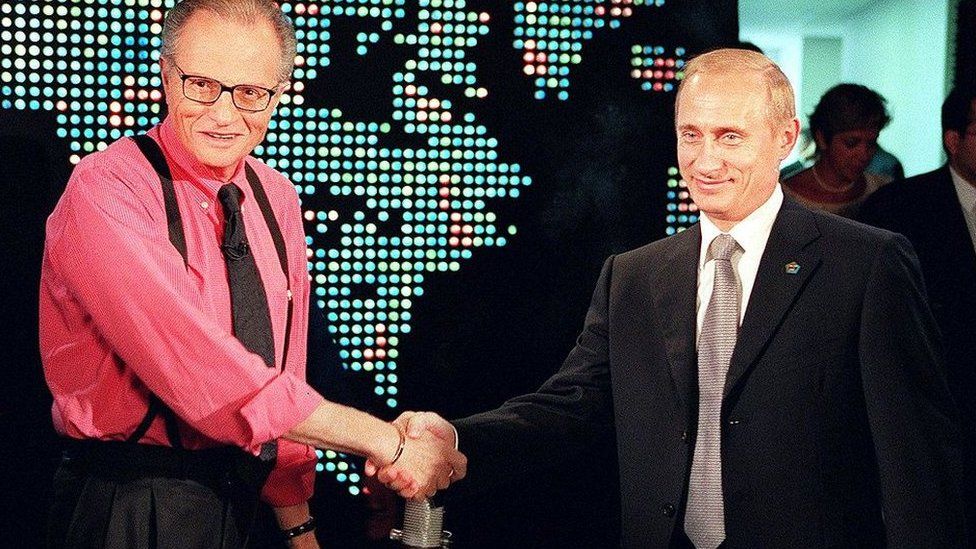 He won countless awards, including the Peabody Award for Excellence in broadcasting for both his radio and television shows.

Some criticised King for going too easy on his interviewees, with his non-confrontational approach and open-ended questions.

He rejected this, telling the BBC's Evan Davis in 2015 he had learned that "the more I drew back, asked good questions, listened to the answers, cared about the guests... you make the camera disappear".

He also addressed the spat he had with the British journalist and broadcaster Piers Morgan, who replaced him at CNN. King had criticised his successor as being "oversold" to US television audiences and said his programme was "too much about him". Morgan, whose show was cancelled after three years, hit back at the time saying his programme had been "all about gun control & saving lives. You made yours about blowing smoke up celebrity backsides".

King continued broadcasting, in the past few years hosting his own shows on Ora TV, an on-demand digital network he helped to found, as well as Hulu and RT, Russia's state-controlled international broadcaster.

Away from the microphone, King was married eight times to seven women and had five children, nine grandchildren and four great-grandchildren. Tragically, two of his children died within weeks of each other in 2020; daughter Chaia died from lung cancer at 51 in July and son Andy of a heart attack at 65 in August.

"Losing them feels so out of order," he wrote on social media at the time. "No parent should have to bury a child." 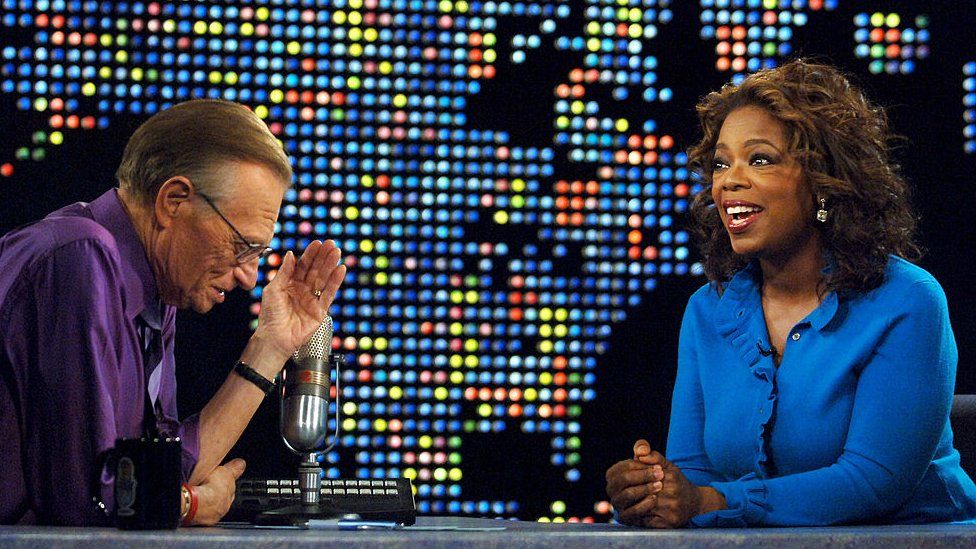 Larry King himself suffered a range of health problems over the years, including diabetes and angina. In 2017, he underwent surgery to treat lung cancer and in 2019 suffered a stroke that left him in a coma for weeks.

He was admitted to Cedars-Sinai Medical Center in Los Angeles in early January where he was treated for Covid-19, US media said.

In 1988 he founded the Larry King Cardiac Foundation, a charity which helps to fund heart treatment for those with limited financial means or no medical insurance.

On his legacy, he had said he hoped it would be that he "added to the public's knowledge, entertainment and amusement".

He hosted the 1993 debate between then Vice-President Al Gore and Texas billionaire Ross Perot on the North American Free Trade Agreement (Nafta), which shattered ratings records at the time, reaching more than 16.3 million viewers.

In 1995 he interviewed at the same time the Palestinian leader Yasser Arafat, Israeli Prime Minister Yitzhak Rabin and King Hussein of Jordan.

After the 11 September 2001 attacks on New York and Washington, King interviewed more than 700 guests, including first responders and survivors and more than 35 world leaders and dignitaries.

He won awards for his interviews in jail, including with convicted mother-and-son murderers Sante and Kenneth Kimes; Karla Faye Tucker, the first woman to be executed in Texas; and disgraced boxer Mike Tyson.

Legendary singer Frank Sinatra, who was rarely interviewed, gave his last interview to Larry King in 1988. King later said that this, and interviewing actor Marlon Brando - who also hardly ever agreed to interviews - were among his career highlights.