A herd of endangered elephants in China has completely dumbfounded scientists globally
Jun 23, 2021

Elephants are by nature fiercely intelligent beasts and experts who study them day in day out already know a great deal about them.

And yet a herd of endangered elephants in China has completely dumbfounded scientists globally, while captivating an entire nation in the process.

It's not unusual for elephants to move small distances. But this herd has been lumbering its way across China for more than a year now. The elephants have now strayed almost 500km (310 miles), a mammoth trek from their original habitat.

It's thought that they started their journey last spring from Xishuangbanna National Nature Reserve in the southwest of the country, near the border with Myanmar and Laos.

They began moving north and in the last few months, the elephants have popped up in a number of villages, towns and cities. 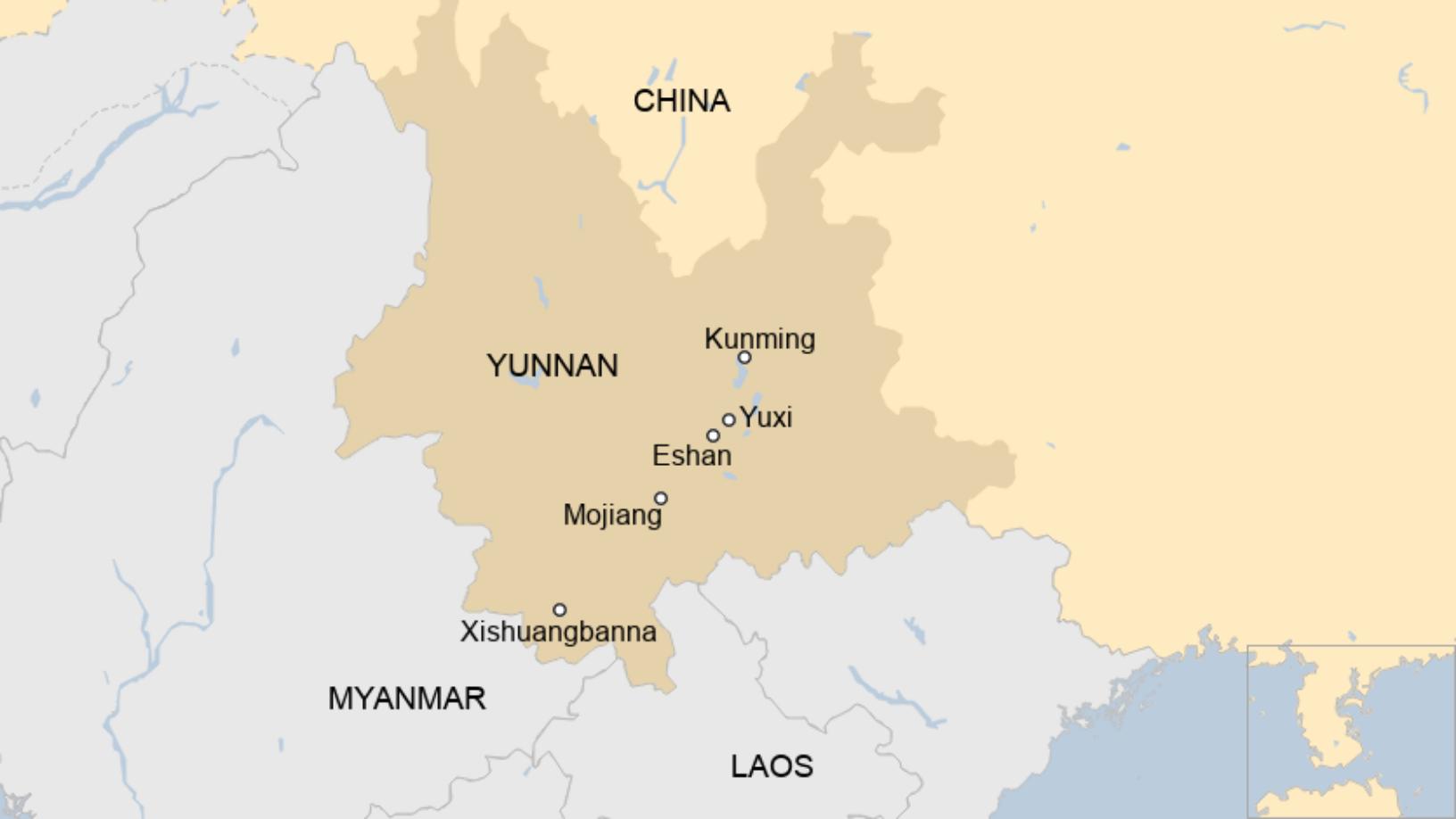 They've been seen smashing down doors, raiding shops, "stealing" food, playing around in the mud, taking a bath in a canal and napping in the middle of a forest.

They've also been spotted hoovering up crops in their wake and moseying into people's houses - on one occasion, lining up in a courtyard to drink water, successfully turning on a tap with their trunks.

It is thought they have started to move south again, and were last spotted in Shijie - a town near the city of Yuxi.

It's unclear whether they are headed back, or why they even embarked on this journey in the first place - the farthest known movement by elephants in the country. Or what might come next.

"The truth is, no-one knows. It is almost certainly related to the need for resources - food, water, shelter - and this would make sense given the fact that, in most locations where Asian elephants live in the wild, there is an increase in human disturbances leading to habitat fragmentation, loss and resource reduction," Joshua Plotnik, assistant professor of elephant psychology at Hunter College, City University of New York, told the BBC.

Mr Plotnik added that the movement might have something to do with the social dynamics of the group.

Elephants are matriarchal with the oldest and wisest female leading the group of grandmothers, mothers and aunties along with their sons and daughters.

After puberty, males break off and travel alone or link up in groups with other males for a short time. They only congregate with females temporarily to mate before leaving again.

However, this herd set out as a group of 16 or 17 elephants, including three males.

Two males peeled off a month later, with one male moving away from the group earlier this month.

"It's not unusual, but I'm surprised he stayed that long. It was probably because of unfamiliar territory. When I saw them walking into a town or village, they were moving closely together - that's a sign of stress," said Ahimsa Campos-Arceiz, professor and principal investigator at the Xishuangbanna Tropical Botanical Garden.

Elephants are closer in behaviour to humans than other mammals, experiencing a range of emotions like joy in birth, grief in death and anxiety in unfamiliar territory.

Researchers were also taken by surprise when two of the female elephants gave birth on the journey.

"Elephants are very habitual and very routine driven, it's unusual for them to move to new areas when they're about to give birth - they try to find the safest place they can," Lisa Olivier at Game Rangers International, a wildlife conservation organisation based in Zambia, told the BBC. 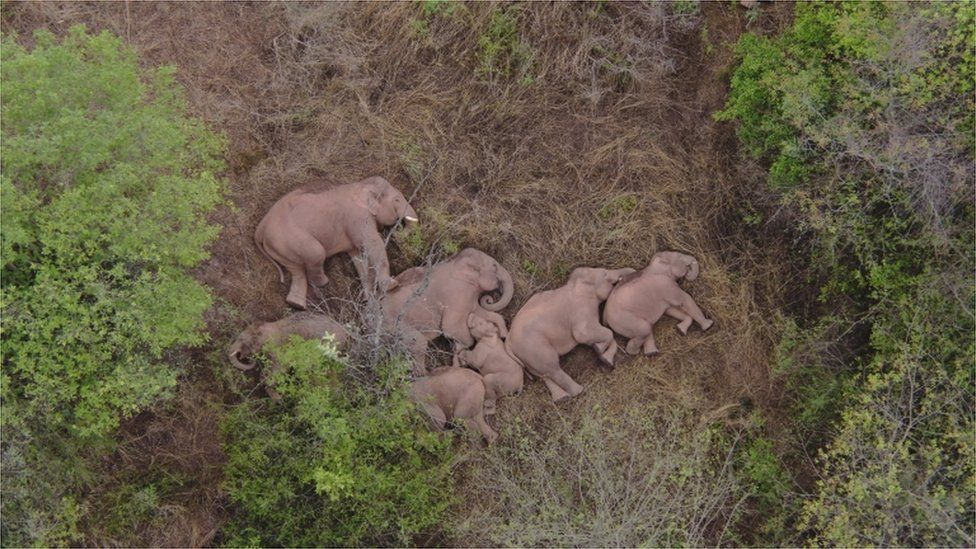 Ms Olivier says the famous pictures of the elephants sleeping together are unusual too.

"Normally the babies are sleeping on the ground and the big ones lean against a tree or a termite mound. Because they're so big, that if there is any sort of threat it takes too long for them to get up and lying down puts a lot of pressure on their heart and lungs," she said.

"The fact that they were lying down suggests that they were all exhausted - totally wiped out - it all must be so new to them. So much of their communication is infrasonic sound - the vibration of their feet - but in the towns and cities they are hearing the sounds of vehicles."

Running out of space

Scientists are unanimous that this is not migration because it does not follow a fixed route.

However, China is one of the few places in the world where the elephant population is growing thanks to extensive conservation efforts.

China has cracked down hard on poaching and, as a result, the wild elephant population in Yunnan province has gone from 193 in the 1990s to about 300 today.

But urbanisation and deforestation have reduced habitats for elephants and so, say experts, they could be looking for a new home with better access to food.

These giants of the jungle are mean eating machines, slaves to their gut, and so spend much of their lives looking for the 150 to 200kg of food they need every day.

Watched from the air

Experts are pleased the journey hasn't caused any dangerous confrontations with humans, and there are other positives.

The drones that authorities have deployed to monitor the elephants have given researchers a huge amount of quality information without disturbing the animals.

And provided an excited public with unforgettable photographs. 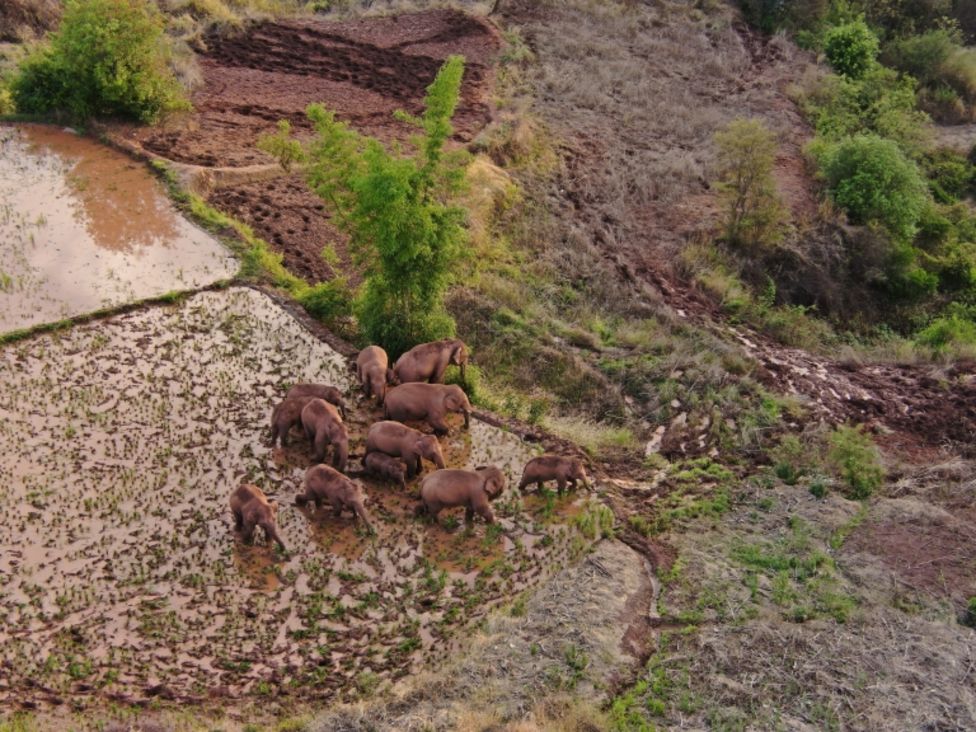 China has deployed drones to monitor the elephants

In recent months, officials have been laying food bait and blocking roads with trucks to redirect the elephants to safety.

"I'm pleased that the approach is not very intrusive. A very common mistake is trying to tell elephants what they should be doing. Elephants aren't evolved to be told what to do. When we try to tell them what to do over long distances, it can create lots of aggressive behaviours," Mr Campos-Arceiz said.

Chinese media have been checking in on the group of elephants daily. And the herd has become a social media hit with internet users.

All the attention has increased awareness and sensitivity to the plight of the endangered elephants in the country, and the global interest is likely to have far-reaching effects.

"This attention and exposure will help conservation the world over," according to Ms Olivier.

More in this category: « Case of decomposing government’s “Organic Country” Project This much is all I know of Rajapaksas »
back to top

Chichi fails to cover the wicket; out for a duck!