India is emerging as one of the biggest providers of aid to cash-strapped Sri Lanka
May 23, 2022

For the past 15 years, India and China have vied for favourable diplomatic and trade relations with Sri Lanka thanks to its strategic location in the Indian ocean.

While popular perception indicated China had outpaced India, the recent economic and political turmoil in Sri Lanka seems to have given India's foreign policy a fresh lease of life in the island nation.

Sri Lanka is in the middle of its worst economic crisis since independence from Britain in 1948. The country has been rocked by protests as people seethe with anger over soaring prices and shortages of food and fuel.

Last week, Mahinda Rajapaksa resigned as prime minister after his supporters clashed with peaceful protesters, sparking a deadly night of violence on 9 May.

Ranil Wickremesinghe, who took over as PM, said the country's economic problems would get worse before getting better.

He appealed for outside financial help, including from India.

India has never been a major lender to Sri Lanka, unlike China which by the end of 2019 owned a little over 10% of Sri Lanka's outstanding foreign debt stock.

In early 2021, with the economic crisis looming, the Sri Lankan government had also obtained a 10bn yuan ($148m; £119m) currency swap facility from China to tackle its foreign exchange shortage.

But now, India is slowly emerging as one of the biggest providers of aid to Sri Lanka.

Colombo has racked up $51bn (£39bn) in foreign debt. This year, it will be required to pay $7bn (£5.4bn) to service these debts, with similar amounts for years to come.

The country is also seeking emergency loans of $3bn to pay for essential imports such as fuel.

While the World Bank has agreed to lend it $600m, India has committed $1.9bn and may lend an additional $1.5bn for imports.

Delhi has also sent 65,000 tonnes of fertiliser and 400,000 tonnes of fuel, with more fuel shipments expected later in May. It has committed to sending more medical supplies too.

In return, India has clinched an agreement which allows the Indian Oil Corporation access to the British-built Trincomalee oil tank farm.

Many in Sri Lanka feel that India's growing presence in Colombo could mean a "dilution of sovereignty".

"For the past year and a half, there has been a crisis in Sri Lanka and we believe India has used this to serve its own interests. Yes, they gave some credit, some medicines and food but [they are] not being a friend. There is a hidden political agenda," said Pabuda Jayagoda of the Frontline Socialist Party. 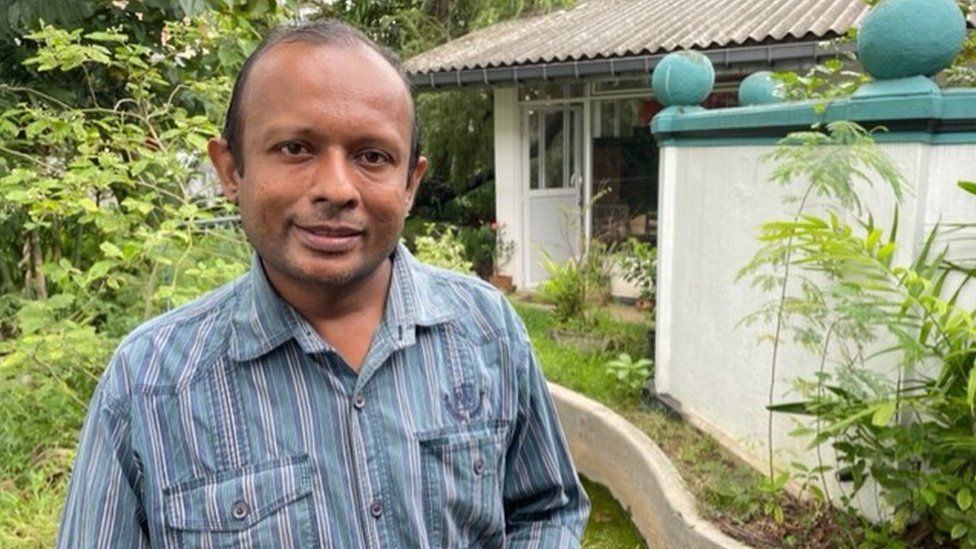 But others are more accepting of Indian help.

"Let's not blame India for our woes," says V Ratnasingham, an onion importer in Colombo. "We are still getting onions from India at a decent price and they are giving us credit in times of crisis. It's the Sri Lankan government's failure that onion prices have trebled."

The suspicion over India's intentions right now comes against the backdrop of Sri Lanka's ties to China.

After Mahinda Rajapaksa took charge as president in 2005, Sri Lanka's drift towards China was believed to be a preference for a "more reliable partner enabling domestic economic development".

More and more infrastructure projects - including the multi-billion dollar Hambantota port and the Colombo-Galle expressway - were awarded to China.

Hambantota is nowadays commonly referred to as a "white elephant" which bled Sri Lanka's economy. So are several other expensive projects which led Sri Lanka into a huge Chinese debt-cycle.

Many anti-government protesters at Colombo's Galle Face Green are convinced that this push to modernise fast led Sri Lanka to its current situation.

The country owes China $6.5bn and talks are being held on restructuring the debt.

While China had earlier agreed to bolster Sri Lanka's foreign currency reserves by swapping the rupee for the yuan, it has since signalled displeasure over Colombo approaching the International Monetary Fund (IMF) for help.

Noora Noor, 44, has been camping at Galle Face along with her family, demanding President Gotabaya Rajapaksa, the younger brother of Mahinda, resign.

"All Chinese money that came in was never accounted for, right? Why else would my country have defaulted on payments? Now all supplies are coming from India, so my question is who should we trust - China or India?" she asks.

Still, there are some optimists who feel diplomacy will help. 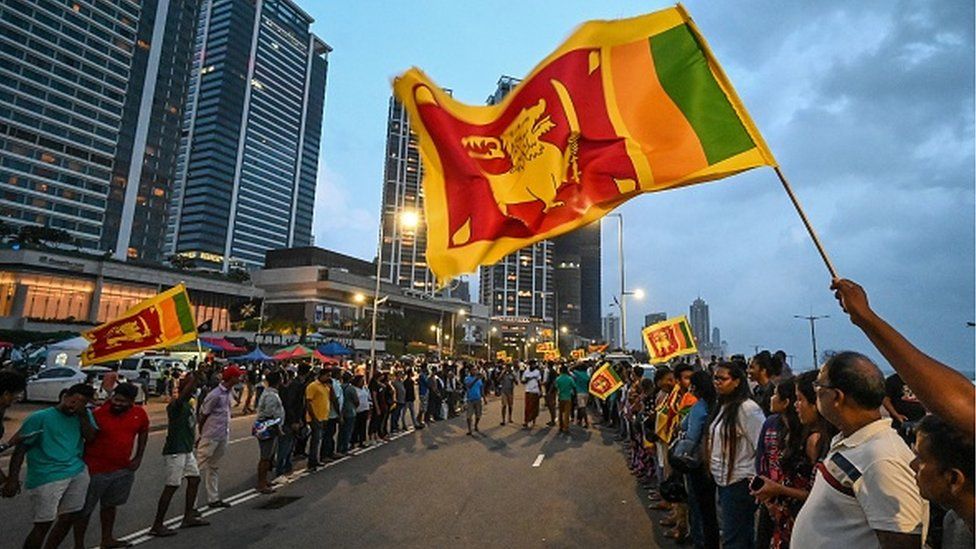 "Is Sri Lanka being placed on a collision course with China? If so, we need to avoid such an eventuality due to other negative situations that may arise. Balancing relationships is a must," Austin Fernando, Sri Lanka's former high commissioner to India, wrote in The Island newspaper.

India has tried hard to match up to the growing Chinese clout in what it sees as its neighbourhood.

After President Xi's visit in 2014, Indian Prime Minister Narendra Modi not only visited Colombo the next year but also claimed to be "the best of friends" while addressing the Sri Lankan parliament.

Arjuna Ranatunga, a former Sri Lankan cricketer who went on to become a cabinet minister, recalls India being generous when he was in office.

"I was handling both the petroleum and port ministries in 2015 and we were struggling to construct the Jaffna airport for a lack of funds. I went to Delhi seeking help. PM Modi's government offered a subsidised loan and later converted it into a grant. What else do you want from a neighbour?"

The return of the Rajapaksas to power in 2019, this time with Gotabaya president and Mahinda prime minister, also made India realign its foreign policy options and new agreements over oil and food commodities were signed hastily.

State visits followed between Colombo and Delhi without eliciting much response from China.

The question of Sri Lanka's Tamil minorities and their demand for rights has been at the forefront of the diplomatic negotiations with India.

After the civil war ended in 2009, India extended support to the Sri Lankan government.

Sri Lanka is, however, yet to implement the 1987 India-Sri Lanka Peace Accord which promised to devolve powers to all provinces, including where the Tamils were in a majority.

The current economic crisis, however, has certainly leapfrogged over any other political concerns between the two nations.

There has been a shift in public perception in Sri Lanka - which was seen as anti-India and pro-China - thanks to consistent supplies from India of essential commodities.

"India did lose out to China about 15 years ago but is trying hard to make a decent comeback," says Bhavani Fonseka, a senior researcher at the Centre for Policy Alternatives in Colombo.

"Ethnic minorities in Sri Lanka have always looked up to India to champion their demands for equal rights, whereas the Sinhalese majority still has a mixed perception," she says. "Some also worry over India's interference in internal matters. But I feel the last few weeks have changed this completely."

More in this category: « There is money if Ranil is bold enough to tax the rich - Kusal Australia players raise ethical concerns over cricket tour to SL »
back to top