Welcome to the Balu Mahendra Library, an initiative by young film buffs in Sri Lanka

When a bunch of young film enthusiasts in northern Sri Lanka decided to build a library of cinema, they were certain about two things. Their resources would not be limited by geography, language, or culture. And, the library would be named after one of their own.

The opening of the Balu Mahendra Library in Kilinochchi last December reflected precisely that spirit. Iranian filmmaker Majid Majidi, Sinhala filmmaker Prasanna Vithanage, director Bharathiraja from India, and senior Sri Lankan Tamil theatreperson Maunaguru Sinniah, among others, spoke about Mahendra at the virtual inauguration. The diverse guestlist was not incidental.

Mahendra, who hailed from eastern Batticaloa, worked in the island nation’s dominant Sinhala film industry as a young technician, before his formal training in Pune. He went on to become one of South India’s most admired film icons, with technique that many compared to the best in world cinema.

For those who conceived the library, it all began with a workshop called ‘Pattarai’ — incidentally, the name of Mahendra’s film school in Chennai — in May 2020, at the height of the pandemic. Under a stringent lockdown, a group of youngsters, mainly from war-affected districts in the island’s north and east, put together a series of interactive, virtual sessions with senior technicians and artists, with support from the University of Jaffna. Over 600 film buffs from across Sri Lanka — and a few from Tamil Nadu — signed up. The resource persons spanned continents and genres — from Prasanna Vithanage, Vijay Sethupathi, Nasser, Nalan Kumarasamy, Lenin M. Sivam to Balaji Sakthivel, Poornima Ramasamy, Ghibran and Ranjith Joseph.

The workshops went on for four months, leaving participants with one key takeaway. “It made us realise you can’t simply watch TV or films and become a filmmaker. Not everyone with a camera can become a cinematographer. These skills come with focused learning, training, and thinking. We realised we didn’t have the resources for that and that’s how the idea of a library was born,” says Ramya Deron, president of the Balu Mahendra Library.

Until 2009, when Sri Lanka’s civil war ended, Kilinochchi district in the Tamil-majority Northern Province was best known as the administrative capital of the LTTE. Post-war, it is a busy town where residents try hard to revive its economy and their livelihoods. Government-built war monuments dot the A9, the main highway to the north from capital Colombo. Off the main road are villages where mostly Tamils live, braving the aftermath of the war. The Balu Mahendra Library, opened just weeks before his seventh death anniversary last month, is housed on the first floor of an old building belonging to a cooperative society.

“We thought a lot about the library’s name, and felt it had to commemorate Balu Mahendra sir, who was from Batticaloa. He went to a thriving film industry in South India and made a mark with his creativity and technical brilliance. That is no small accomplishment,” says Ramya.

Mahendra’s decision to go to India in the late 60s was completely understandable, says Vithanage, the acclaimed Sinhala filmmaker. Although many popular producers, distributors and theatre owners in Ceylon back then were Tamils, the predominantly Sinhala film landscape gave little room or recognition to Tamil technicians, he says. “Even now, in this Sinhala-Buddhist majority context, it is not easy for mainstream Tamil filmmakers to make the films they want for theatrical release. Balu Mahendra tried working here but soon realised he couldn’t do much. That is why he left for Pune Film Institute.” With a recommendation letter from no less than Lester James Peries, a pioneer Sinhala filmmaker, called “the father of Sri Lankan cinema”.

Soon, other technicians followed suit and built successful careers in India, but few know they are from Sri Lanka, says Ramya. “For us, it is inspiring to think that someone from our country went to India and became a trailblazer.”

Like others in her team, Ramya, a 20-year-old software engineer, volunteers her time to manage the library. “We dream of building a distinct Eelam [Tamil name for Sri Lanka] Tamil film identity, and we could not think of anyone but Balu Mahendra sir as our icon, and as our film identity.”

Not long after entering the Indian film world, Mahendra’s work was noticed. “He did not try to merely fit in; he began telling stories on his own terms,” says Vithanage, recalling the experience of watching Azhiyatha Kolangal (1979) in Colombo and “being stunned” by the film’s sensibility. “With the limited technology of that time, his storytelling was so close to life. It opened a new vista in filmmaking,” he says, citing Veedu (1988) and Sandhya Raagam (1989) as other inspirations.

Mahendra may have not worn his Sri Lankan identity on his sleeve, but much of his inspiration appears to have come from his formative years on the island, although it was not confined to that. He has spoken of watching David Lean make The Bridge on the River Kwai in Sri Lanka’s scenic hill countryside, during a school trip, and being drawn to filmmaking that day.

Theatreperson Maunaguru Sinniah, who grew up with Mahendra in Amirthakali village in Batticaloa, traces other influences. “His father Balanathan was a popular maths teacher in our village. It is his name that Mahendran annan (elder brother) took on as his first name later. Annan was a quiet but intent observer of life. When I watched Veedu, I was reminded of the difficulties his father faced while building their stone house in our village,” he says. Azhiyatha Kolangal, too, transported him back to their school days.

Growing up, Mahendra was not attracted to any of the political ideologies dominating the region when Sri Lanka’s ethnic conflict began to brew. “He was more interested in arts and literature. He observed people and tried to understand the lives they were leading,” says Sinniah. Once, a man was found drowned in the pond near the village temple. The entire village gathered to see the body. “We were very sad to see that person lying lifeless. I vividly remember Annan telling us: ‘How many dreams this man would have had’. It affected him very much.” 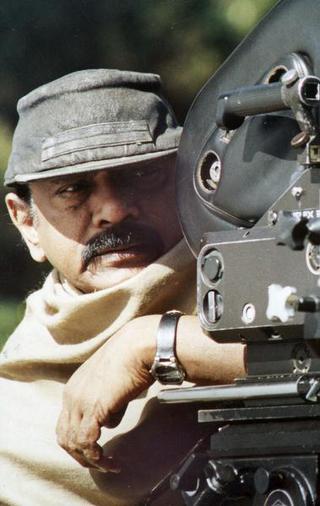 Years later, Mahendra’s films stood out for capturing human relationships and emotions with rare honesty. “He was especially good at sensitively portraying the dynamics of male-female relationships. Tamil society prides itself in being morally righteous, defining culture and values in very rigid ways. Annan’s films zoomed into the complexity of human relationships, without being judgemental,” Sinniah notes.

Vithanage also finds Mahendra’s writing of women characters “remarkable”. “Look at Shoba in Azhiyatha Kolangal, Archana in Veedu or Revathi in Marupadiyum. They were so different to the women portrayed in other films at the time. They had agency, they were decision makers,” he says.

The newly launched library so far has received over 10,000 books and DVDs from writers and filmmakers abroad and in Sri Lanka. Mahendra’s family too has made a sizeable contribution, even as the young volunteers running the library explore funding options.

Meanwhile, the team is also trying to expand its network within the island, getting not only Tamil youth from the north and east, but also Tamil-speaking Muslims from the north, the ethnically diverse Eastern Province, as well as Malaiyaha Tamils from the island’s central and southern hill country. “We are keen on evolving a distinct Tamil cinema idiom in the island, but we want to tell stories from all over the country, not just from the north or east,” says Ramya. Going forward, the team wants to make their resources accessible in rural Sri Lanka, through mobile libraries. “We also want to screen the classics in our villages.”

For now, they meet every weekend to watch the classics. Apart from aspiring filmmakers and technicians like themselves, they have even had their curious milk vendor and other local people join some sessions. Heated discussions follow. The group has a sizeable number of young women. “We are particular that women get a chance to learn about being technicians in cinema, and not be confined to acting careers,” says Ramya. Mahendra would have liked that.

More in this category: « PCoI had to acknowledge ’I wasn't informed - Ranil (Video) Sri Lanka is not renegotiating Hambantota port lease deal with China - Kohona »
back to top