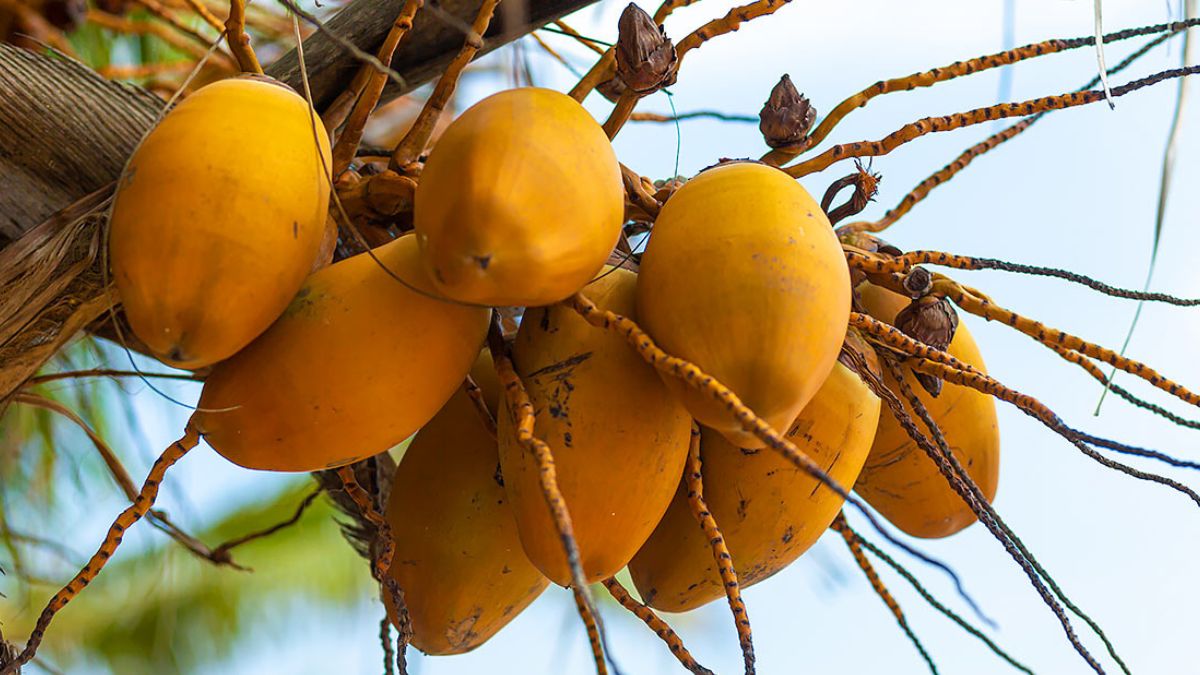 Standard coconut palms are also affected to a lesser extent.

“If the infestation in King Coconut is not controlled, we can expect up to 40 percent crop loss in future whereas coconut palms will only be affected about 4-5 percent,” Coconut Research Institute, Deputy Director, N. S. Arachchi said,

King coconuts plants are more prone to severe damage from white fly as they have a lower number of fronds compared to a coconut palm, officials said.

So far 4.6 million coconut palms have been infected in the districts of Kegalle, Gampaha, and Colombo with lower levels of spread seen so far in Ratnapura, Galle, Kandy, and Kurunegala.

“This insect has an affinity for the yellow colour so the king coconut plantation has a huge impact from the fly,” Chairman of the Coconut Development Authority Keerthi Sri Weerasinghe said.

“The white fly disease is a huge threat to the dollar income of the country. The king coconut harvest is declining, paving the way to lowering the number of king coconut exports.”

“Currently, the king coconut exports have reduced due to this threat.”

King coconuts are retailing at around 150 to 160 rupees a nut in some markets in Colombo.

The Coconut Research Institute recommends spraying a mixture of 10 millimeters Neem(Kohomba) oil and 5 milimetre of soap powder to contain the fly.

Cabinet approval to sign protocol to export seafood to China