Leading Human Rights activist Yasmin Sooka has called on others to come forward in filing more charges against former Defence Secretary Gotabhaya Rajapaksa who is currently facing charges in the US.

The Executive Director of ITJP has made this call having filed two cases against Gotabhaya Rajapaksa on allegations of torture and killings.

Yasmin Sooka had been appointed by the UN High Commissioner to inquire into allegations of war crimes during the last stages of the war. She has also served on the South Africa and Sierra Leon Truth and Reconciliation commissions and the Human Rights Commission in Sudan.

Sunday Leader founder Lasantha Wickramatunge’s daughter Ahimsa had filed the case against Gota and The ITJP and the US law firm Hausfeldhave filed a civil damages case in Califonia against Gotabaya Rajapaksa, on behalf of a Tamil torture survivor.

To hold him accountable:

“Mr Rajapaksa hasto give up his US citizenship to be able to stand in presidential elections so this was probably the last chance for a long time to begin to hold him accountable We hope other survivors of torture will join the suit and make this a class action,” said ITJP’s executive director Yasmin Sooka Sooka.

She said for more information others could contact This email address is being protected from spambots. You need JavaScript enabled to view it.. 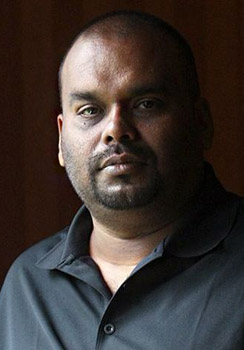 Roy Samathanam, who is a Canadian national, was detained in the Sri Lankan capital, Colombo in September 2007 by the Terrorism Investigation Division of the Sri Lanka police,who reported directly to Gotabaya Rajapaksa. Roy Samathanam was physically and psychologically tortured and forced to sign a false confession before being released in August 2010 ona plea deal and payment of a fine. In 2016.Mr.Samathanam won a UN human rights committee case but Sri Lanka has failed to abide by the compensation ruling.

The Sri Lankan Government has so far failed to take action to punish those responsible based on the recommendations of the UN.

The case was filed by the same lawyer Scott Gilmore who filed the case on behalf of the family of journalist Marie Colvin who lost an eye in a gun shot injury by the Sri Lankan forces in 2001 and was later killed in Syria in 2012.

She charges that Gotabhaya Rajapaksa had implemented the killing of her father.

The renowned journalist was killed in the high security zone in Ratmalana on January 08th 2009. However, the military officers arrested over his killing when his body was exhumed seven long years, have also now been released on bail.

The UN had expressed dissatisfaction over the commitment by the government to investigate war crimes allegations against the security forces and had called for an international investigation.

In its report to the U.N. Human Rights Council, the OHCHR highlighted the country's failure to comply with some of the commitments it has made.

It would be tasked with providing technical assistance and giving advice on the how to implement the recommendations made by the High Commissioner, the OHCHR, and other human rights mechanisms.

The Sri Lankan courts had permitted Gotabhaya Rajapaksa to be out of the country only until April 12, pertaining to the ongoing case over the construction of a monument for his father.

It was the ITJP that also filed a case against former Army Commander Jagath Jayasooriya in 2017 in Latin America.

Tweet
Last modified on Wednesday, 10 April 2019 09:28
More in this category: « No obstruction to Gota’s presidential candidacy! The two-wheel wedding vehicle in Jaffna »
back to top