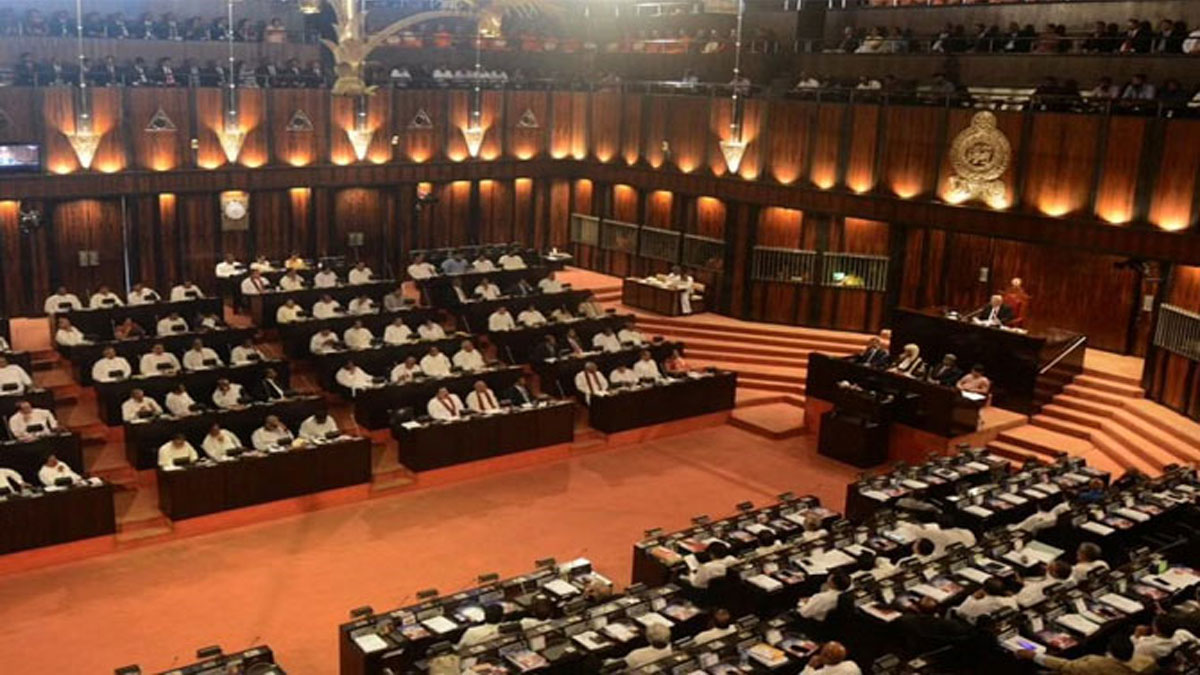 The First Reading of the Appropriation Bill for the year 2023 is scheduled to be presented tomorrow. This was decided at the Committee on Parliamentary Business held previously (07) under the chairmanship of Speaker – Mahinda Yapa Abeywardana.

It was decided to hold the debate on the Second Reading of the Petroleum Products (Special Provisions) (Amendment) Bill from 10.30 am – 5.00 pm on the 18th of October. Thereafter, time has been allotted from 5.00 pm – 5.30 pm for the Motion at the Adjournment Time brought in by the Government, the Secretary General said.

From 10.30 am – 5.00 pm on October 20th and 21st, the Second Reading debate on the 22nd Amendment to the Constitution Bill is scheduled to be held. Thereafter, time has been allotted from 5.00 pm – 5.30 pm for the Motion at the Adjournment Time brought in by the Opposition.

Furthermore, a vote is scheduled to be held at the end of the debate on the Second Reading on the 22nd Amendment to the Constitution Bill, which will be held on the 21st until 5:30 p.m.

Power cut schedule for the next 4 days