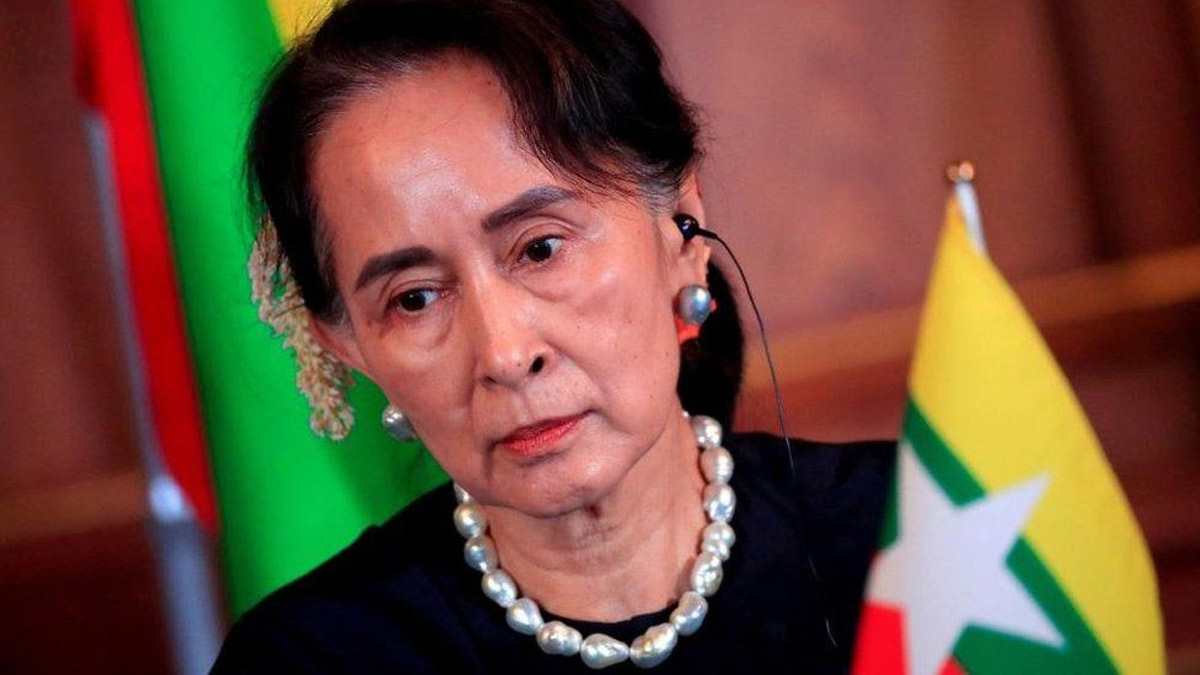 A Myanmar military court has sentenced Aung San Suu Kyi to a further seven years in prison, taking her overall jail time to 33 years.
The country’s former democratically-elected leader has been under house arrest since a military ousted her government in a coup in February 2021.

Since then she’s faced 18 months of trials on 19 charges – which rights groups say are a sham.

The UN Security Council called for her release last week.

On Friday she was sentenced on the final five charges she faced. A court found her guilty of corruption because she had not followed regulations in renting a helicopter for a government minister.

She had already been convicted of 14 different crimes including breaching Covid public safety rules, importing walkie-talkies and violating the official secrets act.

Her trials this year have been set behind closed-doors where the public and media are barred access and her lawyers are also banned from speaking to journalists. She has denied all the charges against her.

The 77-year-old Nobel laureate has spent most of her time in detention under house arrest in the capital Nay Pyi Taw.

Ms Suu Kyi and many members of her party are among more than 16,600 people who have been arrested by the junta since they seized power – 13,000 remain in prison, according to the Assistance Association for Political Prisoners (Burma).

Last week the UN Security Council called for an end to violence in Myanmar and the release of all political prisoners. China and Russia abstained from the vote and did not use their veto power following amendments to the resolution’s wording.

Amnesty International has previously said the “relentless legal assault” on Ms Suu Kyi shows how the military has “weaponised the courts to bring politically motivated or farcical charges against opponents”.

The junta has been accused of extrajudicial killings and launching airstrikes on civilian villages. It’s estimated more than 2,600 people have been killed in the military’s crackdown on dissent so far.