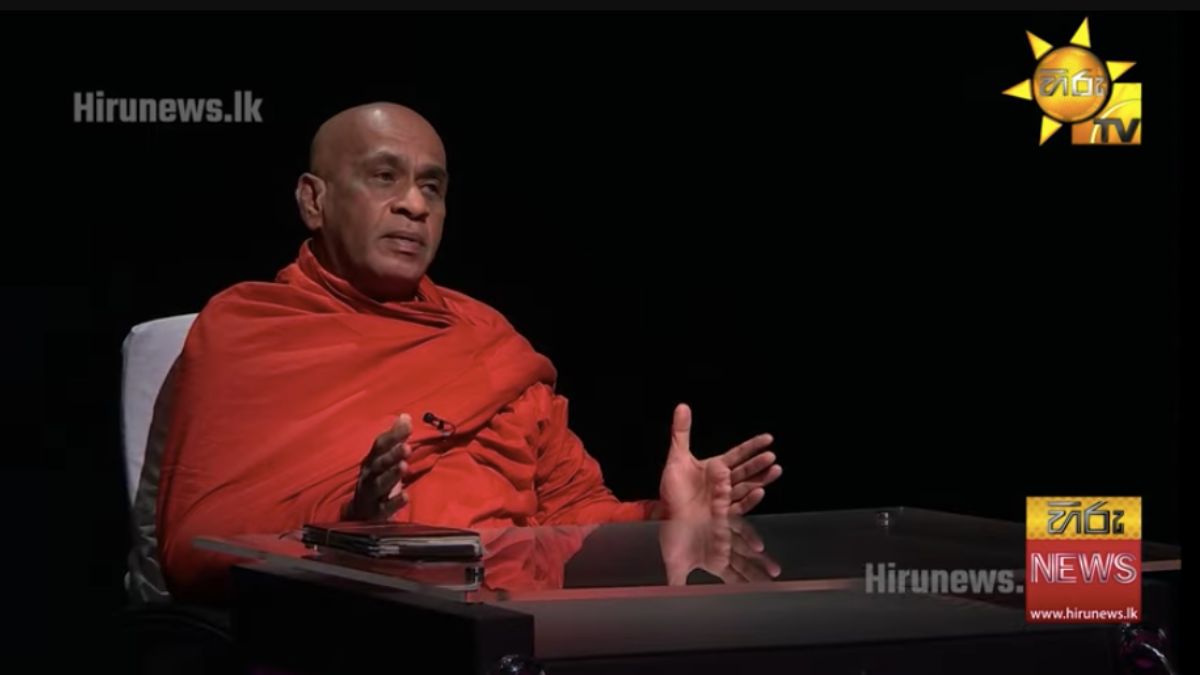 An international conspiracy was behind the recent ‘Aragalaya’ which was launched against the previous government, Ven. Elle Gunawansa Thera said during the ‘Salakuna’ programme of Hiru TV.

The Thera said the ‘Born Again’ group also played a main role in the Aragalaya, and even the international diaspora was involved in it.

The Thera said the international community wanted to destabilise the country, and that the Research and Analysis Wing (RAW) of India and the Central Intelligence Agency (CIA) of the US played a key part since the beginning of the Aragalaya.

He said ‘Born Again’ is one of the Christian denominations introduced from the US to Sri Lanka around 1980. “The invisible hand behind the Aragalaya was US Ambassador to Sri Lanka, Julie J. Chung, who is a follower of Born Again religion,” the Thera said adding international conspiracies attempted not only to destabilise the country but also to rob its sources.