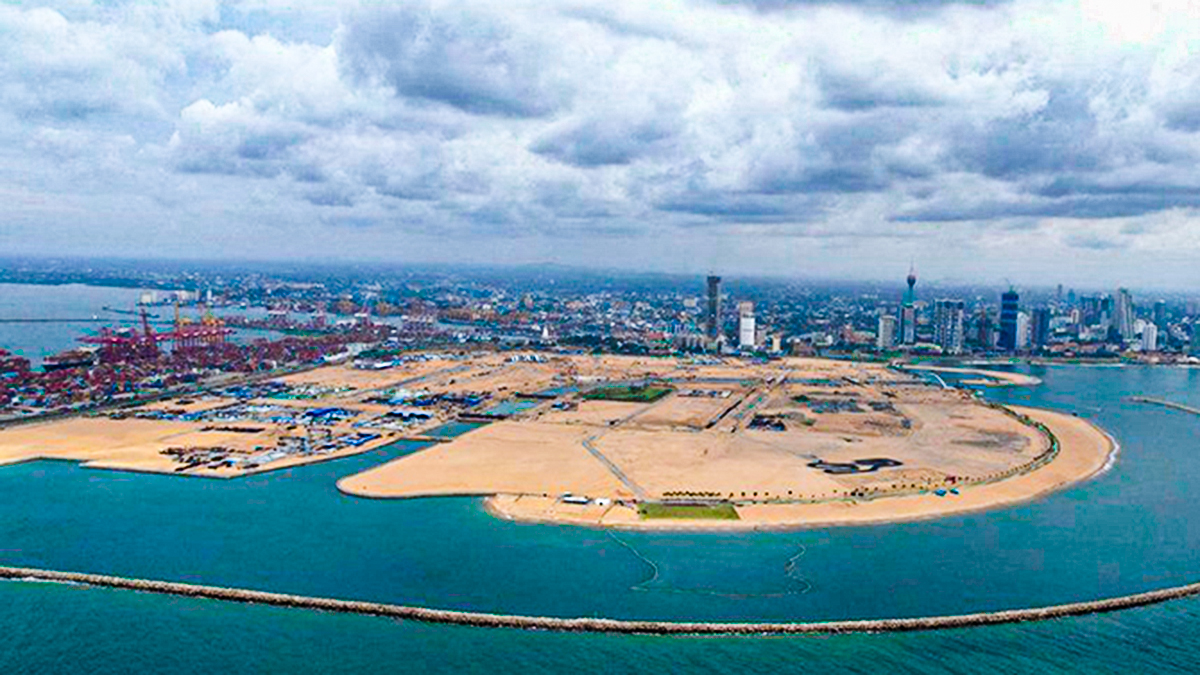 The Government has gazetted regulations to fully permit the registration of offshore companies in the Chinese-built Colombo Port City but the promulgation of a framework allowing incentives and exemptions to “businesses of strategic importance” (BSIs) is still overdue, official sources said.

The enactment of enabling legislation to allow for widespread activities within the Port City continues to lag, the sources pointed out.

For instance, guidelines for businesses to obtain operating licences were first published in late September. They said companies seeking permits to set up within the Port City area must pay a US$ 2,500 application fee and a US$ 2,000 annual fee to allow them to qualify as “authorised persons” in the specified areas.

But application forms for the registration of such businesses with the Registrar-General of Companies (RGC) were only gazetted two weeks ago. Accordingly, provided the required documents are in order, the RGC shall register a business as an offshore company within three days. And it will be entered into a Register of Offshore Companies-Colombo Port City Commission.

However, the Colombo Port City Economic Commission Act also makes provision for companies to be categorised as BSIs whereupon they will receive exemptions or incentives. These must be promulgated by regulation. But they are under discussion, the sources said, expressing concern that investor interest could flag. The classifications and definitions are yet to be decided upon, they said. As it stands, therefore, a company can be licensed and continue to operate under the directors of the Colombo Port City Economic Commission Act minus the incentives and exemptions it would receive if classified as a BSI, they said.

“The latest gazette should have come out two-and-a-half months ago,” one source pointed out. “But two gazettes were issued and one wasn’t. A lot of investor interest was built up. They are now waiting to see what incentives and exemptions they would qualify for. Bear in mind that Colombo Port City faces competition from a global perspective.”

There are two types of CPCIAs—investor and investee. The accounts may be used by companies seeking to attract foreign currency from overseas to establish businesses.

Banks setting up within Port City will be licensed under the Colombo Port City Economic Commission Act for carrying out business within its area of authority. They will be governed by rules and regulations issued by the Commission and not CBSL. But the guidelines are formulated in consultation with the Monetary Board of Sri Lanka and the Finance Ministry.

Prasanna hits out at Sajith!