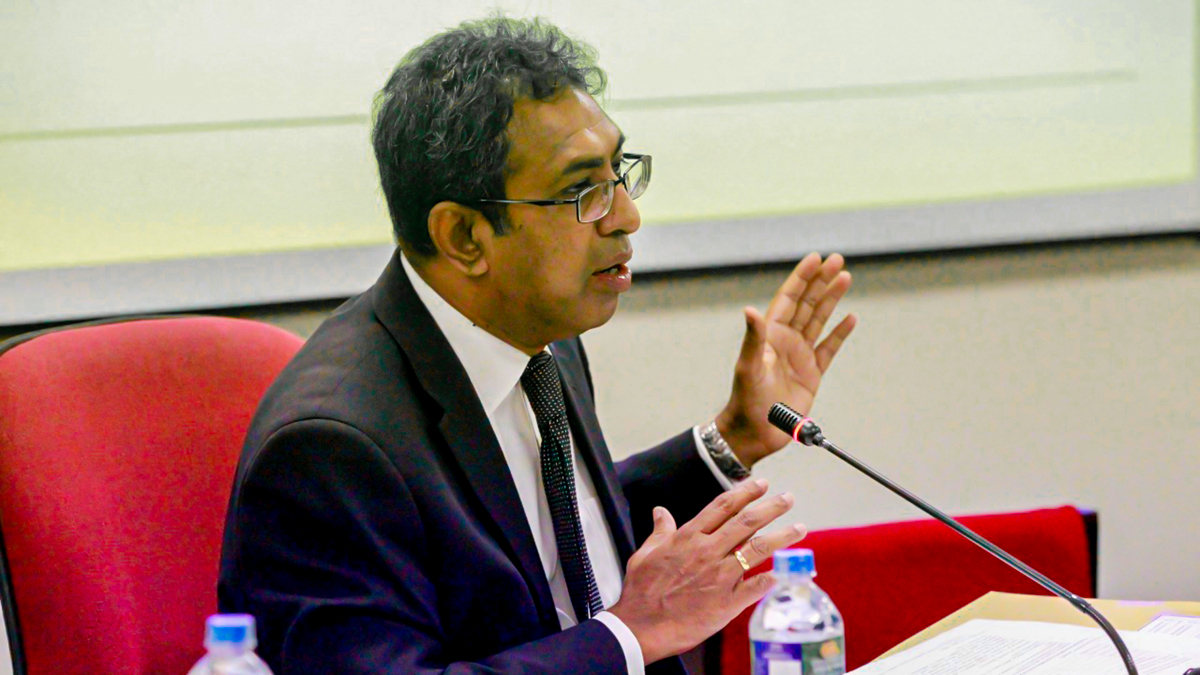 Chairman of the Committee of Public Finance (COPF) – Dr. Harsha de Silva instructed officials to the Ministry of Finance that an analytical report be submitted on the increase of export levy as per the Inland Revenue (Amendment) Bill which is expected to be passed in Parliament.

The Chairman instructed the above at the COPF held in Parliament on Monday (28) taking up the Inland Revenue (Amendment) Bill into consideration.

The Committee also instructed the Ministry of Finance and the Department of Inland Revenue to indicate the expected revenue for each sector by increasing the tax of 14% to 30%.

Furthermore, the chairman of the committee informed to submit a detailed report on the amount of income obtained falling under the respective export sectors in consideration of the previous tax rates.

The committee pointed out that instead of short-term efforts to increase the government’s income by raising export taxes, long-term action should be taken, and export taxes should be collected so as not to discourage exporters who bring dollars to the country. Therefore, the chairman of the committee said that the draft Bill should be considered pertaining to the lowering of the export tax percentage at the committee stage.

Furthermore, the proposed increase in personal income tax was also discussed at the Committee meeting held. The committee informed the officials to present a comparative analysis with the existing conditions of other countries in the region on this regard.

Thus, subject to the above instructions, the Inland Revenue (Amendment) Bill received the approval of the Committee on Public Finance.

Board related to casino regulation

The absence of a separate regulatory board related to casino regulation was also discussed at length. Although the Casino Business (Regulation) Act No. 17 of 2010 exists to provide the necessary legal provisions for the casino business at present, it is not sufficient for regulatory activities including revenue recovery and therefore, a separate regulatory authority should be established under the said amendments was pointed out by the Committee.

Thus, the committee informed the officials of the Ministry of Finance to submit an action plan as previously notified on the matter.