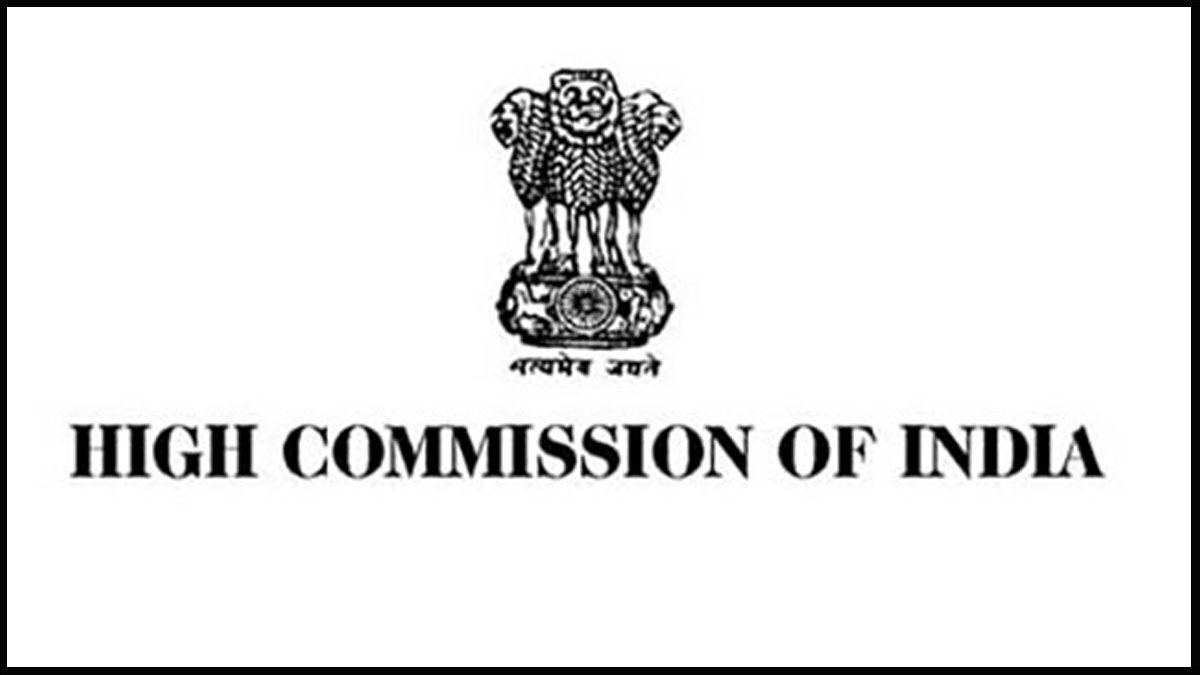 Acting High Commissioner of India – Vinod K Jacob has called upon Sri Lankan Malayalis to work together with the High Commission of India in Colombo and our Consulates in Jaffna and Hambantota as well as our Assistant High Commission in Kandy to assist the economic recovery of Sri Lanka.

He had made these remarks during the New Year celebration of the Sri Lankan Malayali Association in Colombo on Jan. 15.

“I call upon the Sri Lankan Malayalis to work together with the High Commission of India in Colombo and our Consulates in Jaffna and Hambantota as well as our Assistant High Commission in Kandy to assist the economic recovery of Sri Lanka. Kindly stand shoulder to shoulder with your fellow Sri Lankans and act as a bridge between India and Sri Lanka. I am sure you will do so since such values are ingrained in all people with their roots from Kerala,” he said.

I thank the President, Executive Committee, Office bearers and members of the Sri Lanka Malayali Association for inviting me to their New Year celebrations here in Colombo today. At the outset, let me convey my best wishes to all of you for a happy, healthy and prosperous 2023. I also extend my wishes for an auspicious Thai Pongal.

Since this is my first public engagement after the recent 17th Pravasi Bharatiya Divas Convention held in Indore, Madhya Pradesh from 8 to 10 January 2023, I would like to take this opportunity to convey hearty congratulations to Mr. Kumar Nadesan for the coveted Pravasi Bharatiya Samman Award that was conferred on him by Hon’ble President of India, Mrs. Droupadi Murmu for valuable contribution to the welfare of the community. Mr. Kumar Nadesan is the second Sri Lankan national, after Mr. Mano Selvanathan in 2011, to receive this prestigious award.

We are also meeting just two days after the participation of the President of Sri Lanka, H.E. Mr. Ranil Wickremesinghe at the concluding Leader’s session of the Voice of Global South Summit hosted by Indian Prime Minister Shri Narendra Modi.

In his remarks at the concluding Leader’s session, Prime Minister Shri Narendra Modi highlighted the opportunity for uplifting societies and economies of the Global South through a shared vision and agenda for change. In this endeavour, he offered to share India’s experiences through simple, scalable and sustainable solutions. He highlighted India’s achievements in vaccine development, biometric based identification, digital public goods, financial inclusion, satellite technology, digital governance, last mile connectivity, etc. He also spoke about the need for the developing world to have access to technology, knowledge and critical resources. His call for a new human centric development paradigm received widespread support from participating Leaders.

Friends,
You are all aware that guided by ‘Neighbourhood First’ policy, Government of India places high emphasis on the well-being of the people of Sri Lanka. Unprecedented financial, economic and humanitarian assistance of close to USD 4 billion in 2022 clearly underscore our commitment to our brethren in Sri Lanka. India and her people rose to respond to various requirements of the Sri Lankan people in a prompt manner through our multi-pronged assistance.

In this context, I call upon the Sri Lankan Malayalis to work together with the High Commission of India in Colombo and our Consulates in Jaffna and Hambantota as well as our Assistant High Commission in Kandy to assist the economic recovery of Sri Lanka. Kindly stand shoulder to shoulder with your fellow Sri Lankans and act as a bridge between India and Sri Lanka. I am sure you will do so since such values are ingrained in all people with their roots from Kerala.

In my view such values are writ large in the background of the historical migration of Keralites and the manner in which they have contributed positively to the evolution and growth of the host countries and societies.

Friends,
The more prominent analyses of migration outside Kerala that people are generally familiar with are the movements to the Gulf. But historically speaking, in the earlier decades of the 19th century, the lure of employment opportunities in the rubber plantations and construction sectors in Malaya, Singapore, Burma and Ceylon attracted youth from the Kerala region.

Thereafter, there was reverse movements from these foreign lands due to immigration bottlenecks. The focus of emigration then shifted to the Gulf and subsequently to Western countries like USA, Germany, UK and Canada as well as some African nations.

In my view, five major factors become prominent in explaining the migration, namely, (i) the condition of the society in Kerala, (ii) the role of agriculture and farming in Kerala, (iii) the lack of employment opportunities despite the strides in educational sector, (iv) the impact of familial ties and (v) the general trend of migration to Bangalore, Hyderabad, Tamil Nadu and north India.

According to one assessment, mass migration of labour from the Kerala state was due to the loss in the agricultural sector, lack of sufficient employment opportunities, the spread of education and attainment of high health parameters, which finally lead to a demographic transition resulting in an expansion of the population in the working-age group.

Another view is that two distinct “turnarounds” exist in the migration experience of Kerala. The first “turnaround” started with the Second World War and the independence in 1947 when Kerala became closely integrated with other Indian states. During this period, for the first time, Kerala became a net out-migration state with migration to Chennai, Mumbai, Kolkatta and Delhi and other metros exceeding the numbers who came into Kerala. The second “turnaround” (in the 1970s) witnessed a shift from predominance of out-migration to a predominance of emigration.

In all these movements, the people from Kerala have generally tended to live harmoniously with the societies in which they settled in. And the situation in Sri Lanka is also similar. This is your strength and I encourage you to continue with such an attitude.
Friends,

2023 is also the year of India’s G20 Presidency. The theme of India’s G20 Presidency – “Vasudhaiva Kutumbakam” or “One Earth · One Family · One Future” – affirms the value of all life – human, animal, plant, and microorganisms – and their interconnectedness on the planet Earth and in the wider universe. The theme also spotlights LiFE (Lifestyle for Environment), with its associated, environmentally sustainable and responsible choices, both at the level of individual lifestyles as well as national development, leading to globally transformative actions resulting in a cleaner, greener and bluer future.

For India, the G20 Presidency also marks the beginning of “Amritkaal”, the 25-year period beginning from the 75th anniversary of its independence on 15 August 2022, leading up to the centenary of its independence, towards a futuristic, prosperous, inclusive and developed society, distinguished by a human-centric approach at its core.

In the days, weeks and months ahead, the Government of India will be providing many opportunities to engage with the G20 Presidency. A visit to the cities where the G20 meetings are held will demonstrate how the common man is being actively involved in this endeavour. I would like to take this opportunity to encourage all of you to travel to India during the year.

SC suspends the accepting of nominations for Kalmunai MC