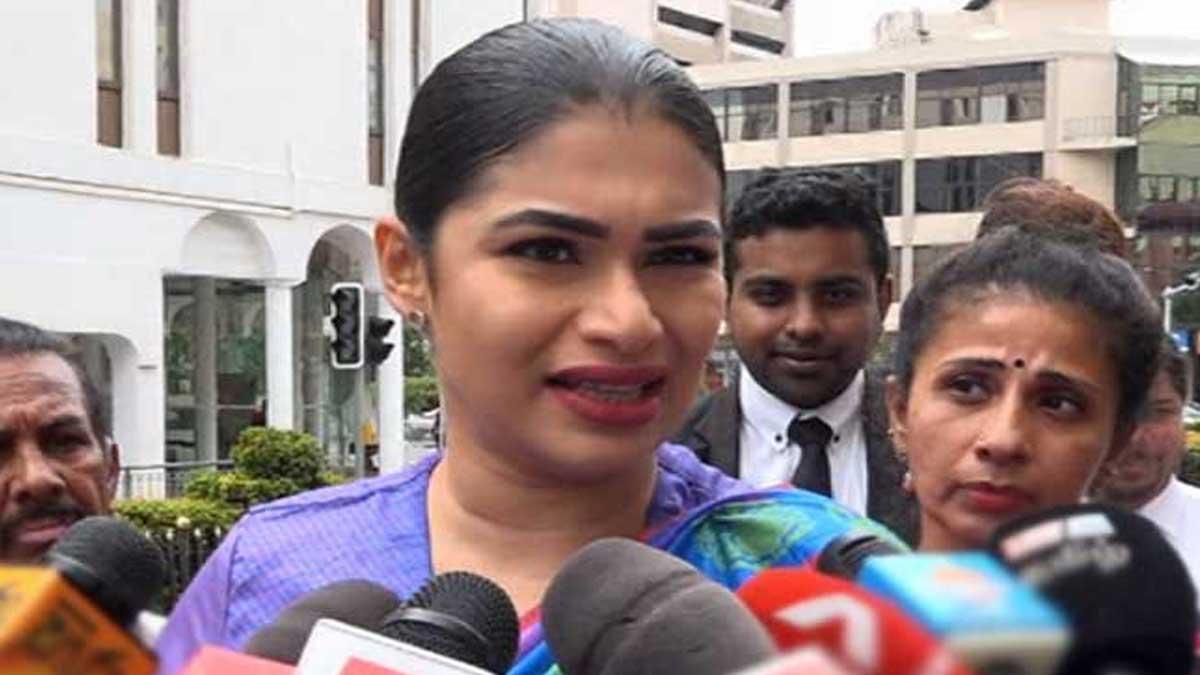 Hirunika Premachandra who led a protest over harassment against women, was arrested by the Cinnamon Gardens Police today (14) afternoon.

Police said that she was arrested on several charges.

The Samagi Vanitha Balawegaya had engaged in a demonstration calling to end violence against women in view of “the International Day for the Elimination of Violence against Women” which is commemorated in November.

However, one of the demonstrators were arrested.

Thereafter, the remaining protesters, including Hirunika Premachandra, launched a fresh protest in front of the Cinnamon Gardens Police, calling on all the protesters to be arrested together.