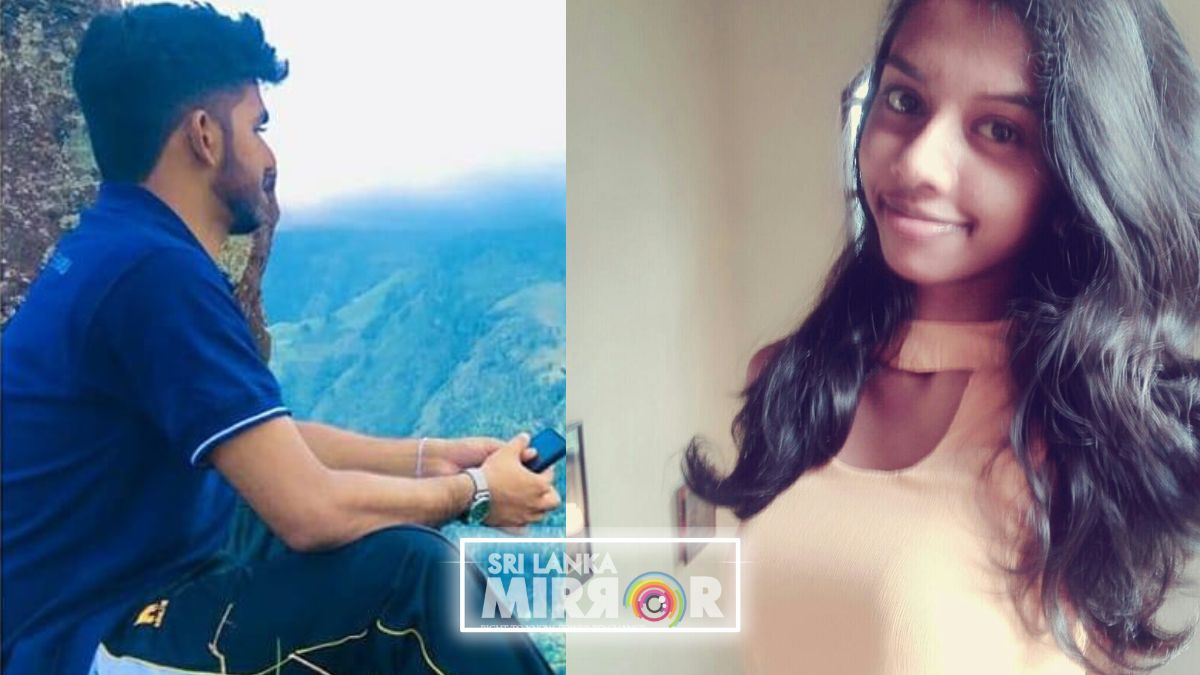 The boyfriend who stabbed his girlfriend to death at the RaceCourse Ground, Colombo said yesterday that he was afraid that she would leave him for another person.

Chathuri Hansika Mallikarachchi (24), a resident of Homagama Kiriwaththuduwa, was stabbed to death by her boyfriend at around 1.00 pm yesterday (17). She was a third year student of Colombo University’s Faculty of Science.

Chathuri was the eldest daughter of the family and she has a younger sister who is a school student.

Chathuri, who studied at Anula Vidyalaya in Nugegoda, has been selected to the Science Faculty with highest marks from A/L Examination.

Her university friends said that she managed an educational YouTube channel.

Her boyfriend who killed her is also a third year student at the Colombo University. The suspect is Pasindu Chathuranga, a resident of Chiththampahuwa, Wellampitiya.

Police said he had conducted tution classes for grades 9, 10, 11 in Wellampitiya, Kolonnawa, Kotikawatta, and Kiribathgoda areas.

“I want her. I can’t live without her. I loved her with all my heart but she tried to go for someone else,” the arrested boyfriend has told the police amidst crying.

Investigations revealed that the boyfriend was afraid that his girlfriend would leave him for another person and therefore, he has imposed restrictions on her. He also forbade her to talk to other male students and men.

“She didn’t listen to what I said. Therefore, I had nothing else to do,” the suspect said during police questioning.

Investigations have revealed that he purchased the knife used in murder from a shop and planned to kill her in advance.

He had carried the knife in his bag and had come to the Race Course Grounds with her at around 12.30 in the afternoon yesterday (17).

Investigations revealed that the suspect had tried to impose more restrictions on his girlfriend to which girlfriend had opposed. Therefore, he had killed the girlfriend out of fear that she would leave him.

After killing his girlfriend, the suspect ran from the Race Course Ground towards Colombo University with the blood stained knife in his bag and wiping the blood in his hands on the bag.

Several CCTV cameras had recorded the suspected student running towards the university.

The police said the student who went to the university had later gone to his house in Wellampitiya and left his mobile phone and NIC card at home.

Police suspects whether he left the house with the intention of ending his life by jumping into the Kelani River.

However, when he returned home, a police team arrived at his home to arrest him.

The police arrested him and found the blood-stained knife used to kill the girlfriend.

No materials to print NICs