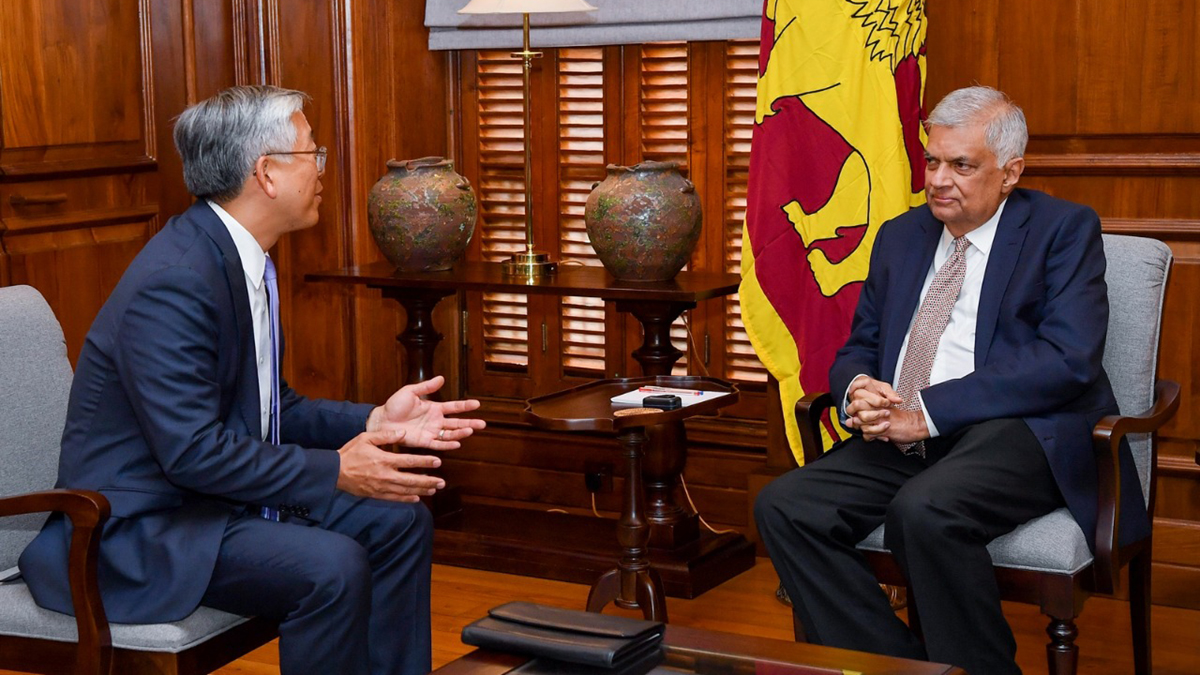 Asian Affairs Donald Lu who is currently on an official visit to Sri Lanka met with President Ranil Wickremesinghe and assured to support Sri Lanka during this difficult period.

While appreciating the Presidentís efforts in rebuilding Sri Lanka’s economy he said that President Ranil Wickremesinghe is the right person to get the country out of the present crisis & assured him that he has a force backing him.

He also stated that the U.S. government would continue to assist Sri Lanka with their negotiations with the IMF and the debt restructuring talks.

These remarks were made during the discussion that took place this evening (19) at the Presidential Secretariat in Colombo.

During the discussion President Wickremesinghe also expressed his appreciation to the US Government for their continuous support towards Sri Lanka.

The Assistant Secretary further stated that the US government is expected to provide all possible support to Sri Lanka and its people in this difficult period and welcomed the President’s efforts in regard to reconciliation and strengthening of the Democratic institutions.

The US Ambassador to t Sri Lanka Julie Chung and Political and Economic Advisor Susan Walke were also present at this discussion.