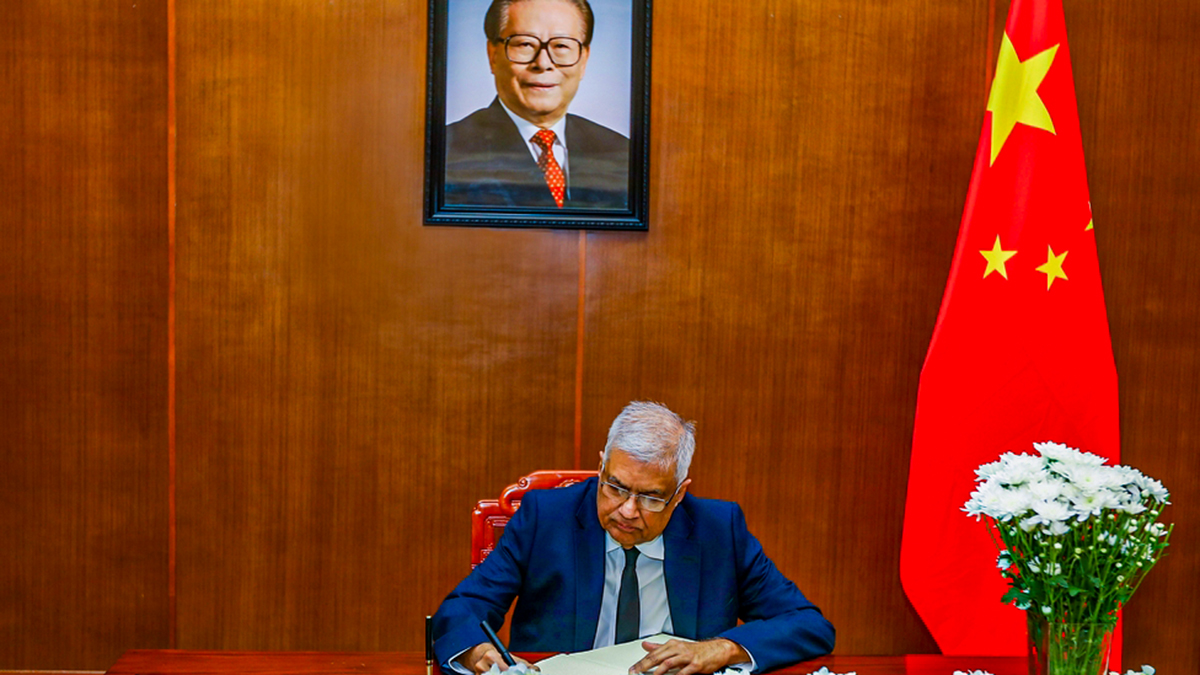 President Ranil Wickremesinghe has visited the Chinese embassy in Colombo today (02) to express his condolences on the passing of former Chinese President Jiang Zemin.

He had also signed the condolence book at the premises.