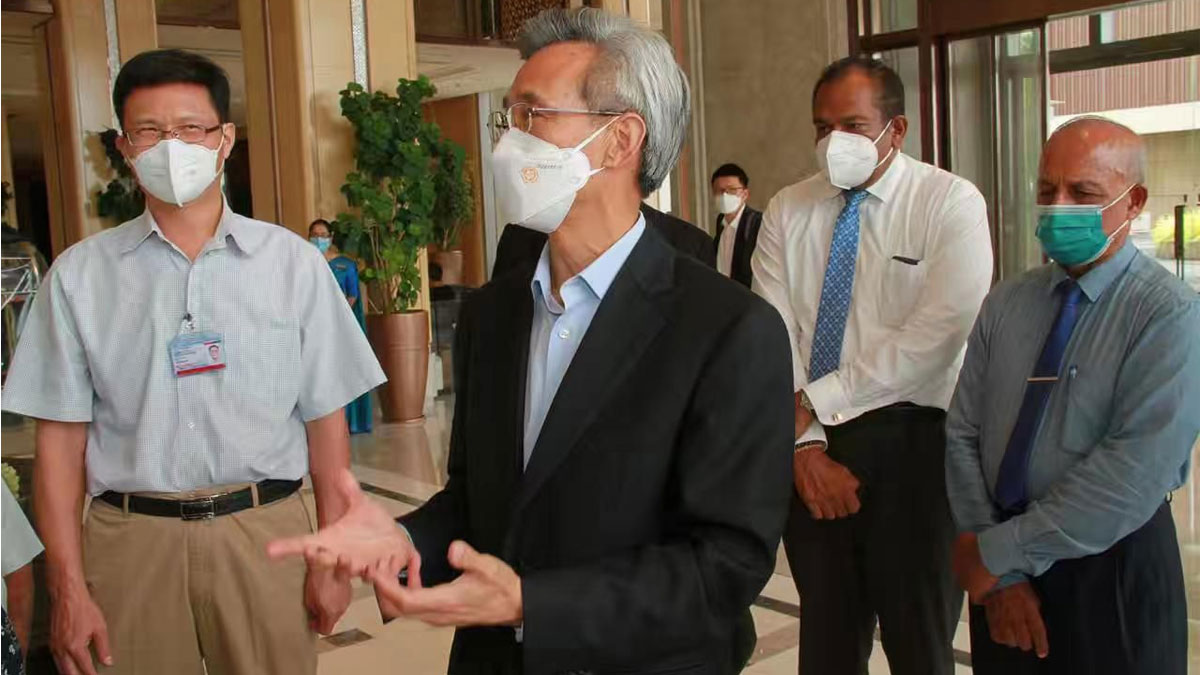 President of the Chinese People’s Association for Friendship with Foreign Countries (CPAFFC) – Mr. Lin Songtian has arrived in Sri Lanka for a 04-day tour.

He was warmly received by the Sri Lanka – China Friendship societies at the Shangri-La hotel today (12) and is expected to deliver a special speech next Tuesday (15).

Since 2020, he has been the President of the CPAFFC.

The Chinese People’s Association for Friendship with Foreign Countries (CPAFFC) is a national people’s organization engaged in people-to-people diplomacy of the People’s Republic of China. The aims of the Association are to enhance people’s friendship, further international cooperation, safeguard world peace and promote common development. On behalf of the Chinese people, it makes friends and deepens friendship in the international community and various countries around the world, lays and expands the social basis of friendly relations between China and other countries, and works for the cause of human progress and solidarity. It implements China’s independent foreign policy of peace, observing the Five Principles of Peaceful Coexistence, while carrying out all-directional, multi-level and broad-area people-to-people friendship work to serve the great cause of China’s peaceful development and reunification and contribute to the building of a harmonious world of lasting peace and common prosperity. In launching its activities, it has support from the government and assistance from all sectors of the society. It has set up 46 China-regional or China-national friendship organizations and established relationships of friendly cooperation with nearly 413 nongovernment organizations and institutions in 157 countries.