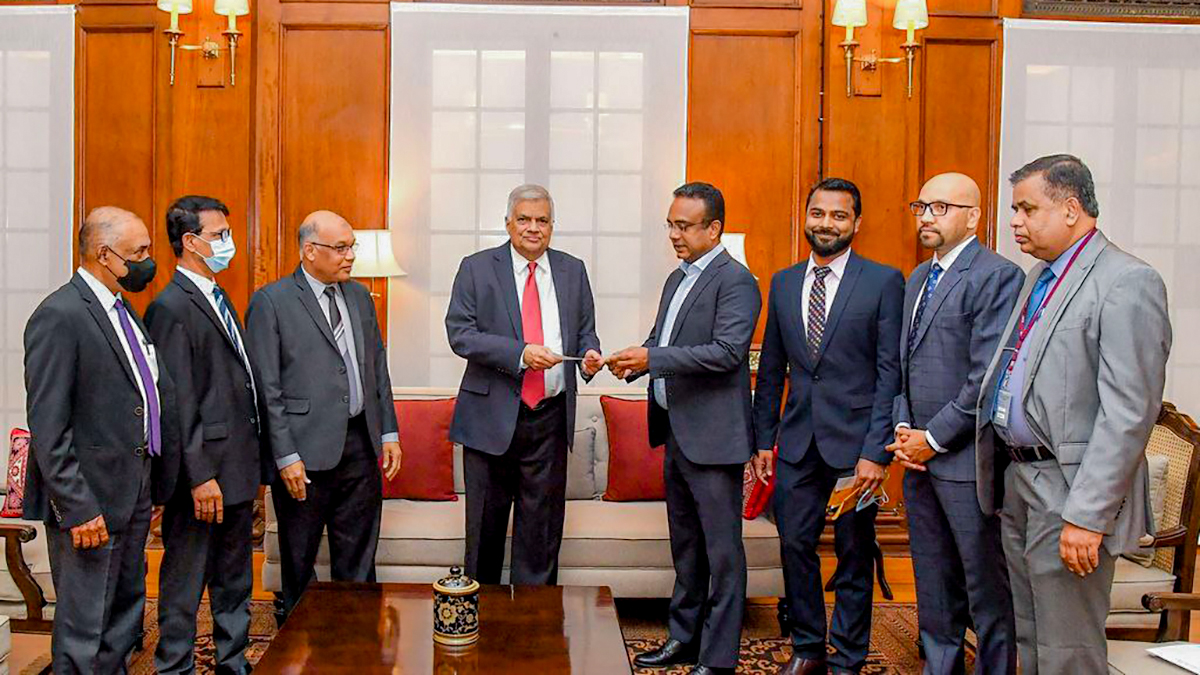 The Sri Lanka Bureau of Foreign Employment (SLBFE) contributed a sum of Rs. 03 billion to the Treasury. Labour and Foreign Employment Minister Manusha Nanayakkara officially handed over the cheque to President Ranil Wickremesinghe at the Presidential Secretariat today (23).

Considering the current economic situation of the country, the Sri Lanka Foreign Employment Bureau has provided this amount from the operational surplus received last year, to use for essential services such as to purchase of medicine, to purchase of paddy and the payment of government employee salaries.

Previously, the total amount of money given to the Treasury by the Sri Lanka Bureau of Foreign Employment was Rs. 3.38 billion, and this is the first time in history that Rs. 03 billion has been given in a single contribution.

The Sri Lanka Foreign Employment Bureau has taken steps to make a grant of Rs. 500 million for the purchase of the necessary medicines for the Cancer Hospital, of which a cheque of Rs. 100 million was also presented to the President.