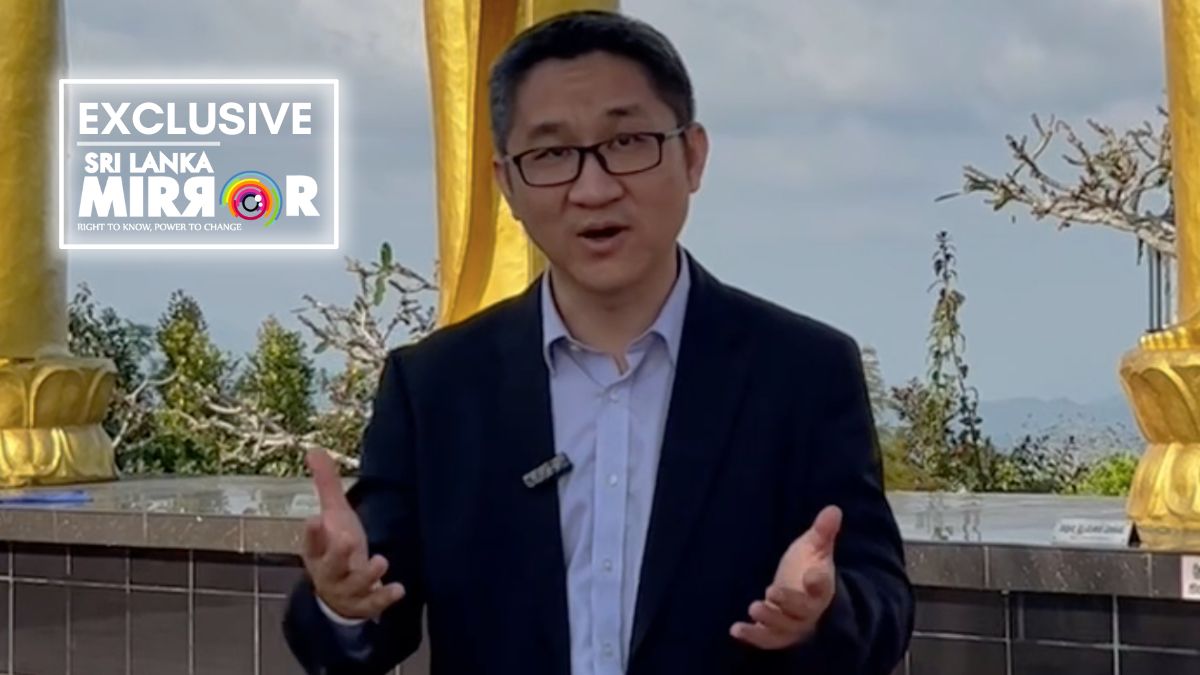 Charge d’affairs of the Chinese embassy in Colombo – Mr. Hu Wei points out that a visit by the spiritual leader – Dalai Lama could damage the friendship between Sri Lanka and China.

He said this during an exclusive interview with ‘Sri Lanka Mirror’ at the Nellligala Temple, Kandy, after the conclusion of the Fa Xian project in Kandy district.

Explaining the mutual trust between the two countries is based on the ‘One China policy’, Mr. Hu explained that Tibet is not an independent country but a part of China, just like Jaffna or Kandy are a part of Sri Lanka.

He further noted that during his trip to Kandy, he had talks with the Buddhist monks including the Maha Nayaka Theros, who assured him that none of them had invited the Dalai Lama to visit Sri Lanka.

Working hard for a solution to the debt issue

Speaking on the debt restructuring process, Mr. Hu said that they have been talking to the Sri Lankan government since the debt default was announced but things got delayed with the situation last year and government change.

“It doesn’t matter what happened before but we are trying to focus on what is happening now and in the future. At this moment, my colleagues in Beijing are working very hard to find a solution for the debt issue,” he said.

Time to do more

Speaking on the future steps of the Fa Xian project, Mr. Hu also said that they hope to cover the entire island with the project and they are talking to Beijing to let more Chinese people know of the difficulties faced by Sri Lankans at this juncture.

“I think they are more than happy to extend their helping hand,” Mr. Hu said, adding that all Sri Lankans are their friends regardless of the city they live, their ethnicity or their religious belief.

“Just like what you did before for us, now it is time for us to do more for our Sri Lankan friends because you are in difficulties… When it is a good time, everybody is your friend but when it is a bad time, you know who is your true friend,” he added.

The Fa Xian Charity Project was conducted in Kandy on 11th & 12th Jan.

As a donation by the People’s Republic of China, dry rations boxes were distributed to 9,600 disadvantaged families of all ethnicities through several temples in the Kandy district, including the Temple of the Tooth and Nelligala Temple.