The amazing run of Chris Lynn in T10 league 2019 lead Maratha Arabians to seal the champion’s trophy. With an average of 53.00 and a strike rate of 236.30, Lynn dominated the whole season.
In the finals against Deccan Gladiators’ captain, DJ Bravo lead the bowling attack of Maratha Arabians by grabbing two wickets in 2 overs, and with the assistance of Malinga, McClenaghan and Rijitha who took one wicket each restricted Gladiators at 87 runs.

The target of 88 didn’t look difficult as the Arabians chased down the goal having 16 balls to spare. Chadwick Walton outplayed the opposition by scoring a fifty on 26 balls with six 4s and three gigantic sixes. This performance also rewarded him with Man of the match.

Lynn, on the other hand, grabbed the Man of the tournament as he scored 371 runs with four fifties in the current season. He also managed to hit the maximum number of 4s (29) and sixes (31). 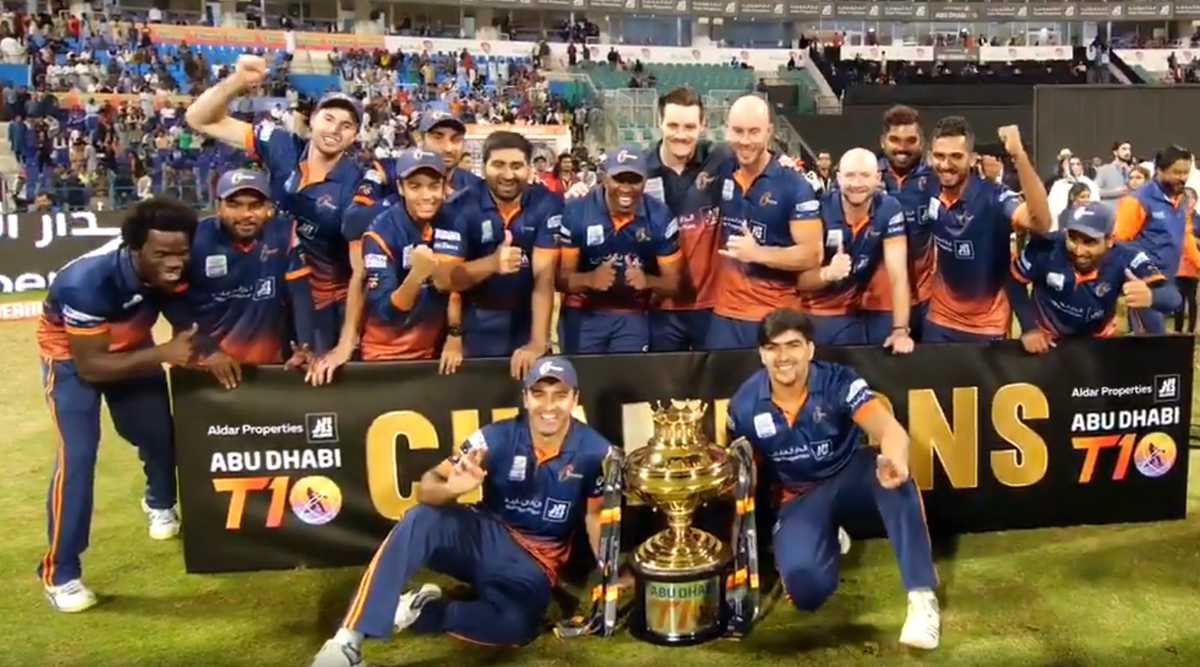 Last modified on Tuesday, 26 November 2019 09:18
More in this category: « Mali changes his decision Coach and three experts appointed to Cricket team »
back to top