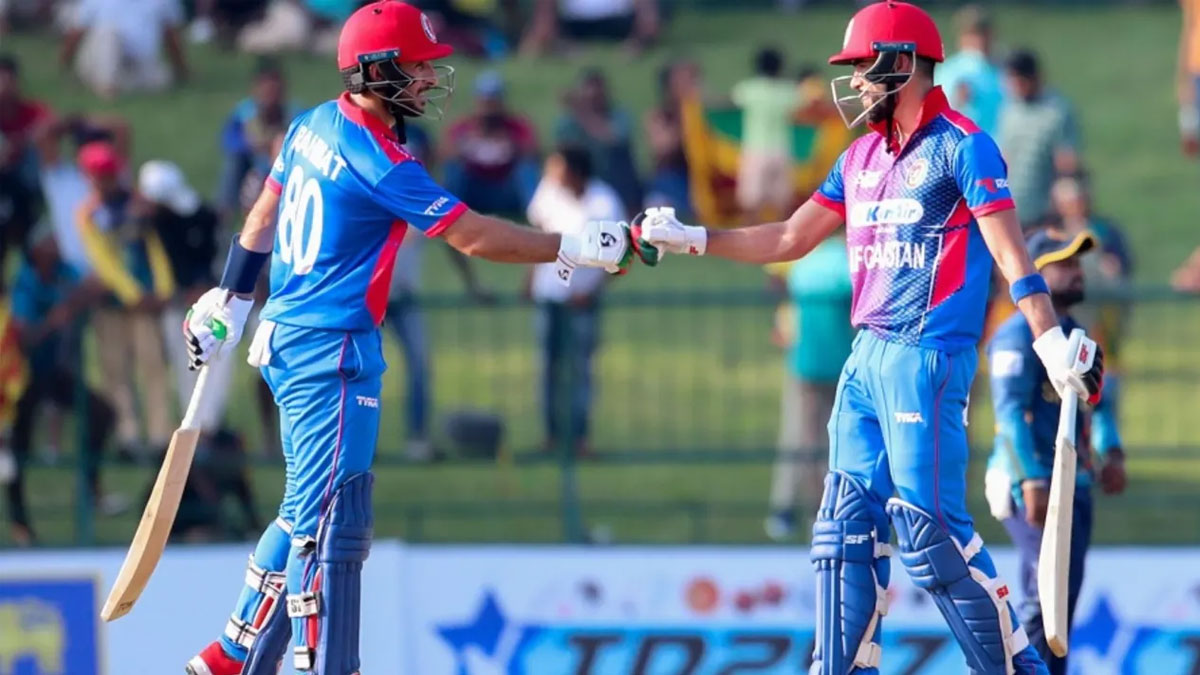 Ibrahim Zadran struck 106 as Afghanistan’s top order set them up for a commanding 294 for 8, before the bowlers – Fazalhaq Farooqi, Yamin Ahmadzai, and Gulbadin Naib – ripped through Sri Lanka’s batting order, sharing nine wickets between them.

Sri Lanka provided some resistance, primarily through Pathum Nissanka, who kept the score moving in the early overs while wickets fell around him, and later through Wanindu Hasaranga, who was in scintillating batting form, even as he ran out of partners. But Afghanistan’s seamers had done too much damage. The margin of victory was a gaping 60 runs, Sri Lanka having been thoroughly outplayed on home turf. They never really seemed to have the measure of this big chase.

The loss now makes Sri Lanka’s automatic qualification into next year’s ODI World Cup even more unlikely, as they have only 62 points on the Super League table (which leaves them at 10th, with only the top eight qualifying), with just five matches to go. Afghanistan, meanwhile, take a big step towards sealing their World Cup place, with 110 points now (they are seventh), and plenty of games to play.

Before the quicks dismantled Sri Lanka’s top order, Afghanistan had laid a mighty platform. On a Pallekele surface that had decent pace and carry, but not a lot of turn, Afghanistan were rarely troubled by Sri Lanka’s seamers, in the first 40 overs at least. In addition to Ibrahim’s century, Afghanistan had half-centuries from Gurbaz, who hit 53 off 55, and Rahmat who made 52 off 64. The opening partnership was worth 84 off 88 balls; the second-wicket stand 118 off 141. After 38 overs, they were 202 for 8.

They didn’t quite nail the finish, even after Najibullah Zadran had them flying into the death overs with his 25-ball 42 that featured a six and five fours. But 295 was always going to be a tough target.

Where Gurbaz had had a little fortune, having been dropped at slip in the fifth over (by Dhananjaya de Silva, off the bowling of Kasun Rajitha), Ibrahim’s innings was chanceless. His first boundary was a sweetly-struck drive that went wide of mid-off, but he really got into it against Rajitha in the seventh over, crashing him square through the legside off successive deliveries.

Gurbaz was more aggressive through the powerplay, but Ibrahim was perhaps better through the middle overs, finding risk-free singles all around the wicket as he worked his way conscientiously to a 62-ball fifty. That milestone came up in the 24th over; he had not added to his boundary tally since the ninth.

There was one edge off Lahiru Kumara that flew past the keeper when he was on 55, but otherwise, the progress to triple figures was pretty smooth too. He got there not long after Rahmat – who had also accumulated nicely through the middle overs – departed, getting to the milestone with a swivel-pulled four off Kumara, off the 116th delivery he faced. He holed out against the bowling of Maheesh Theekshana in the 42nd over.

Sri Lanka pulled a little back through the death, conceding only 31 runs in the last five overs, in which they also claimed five wickets. This was largely down to Rajitha, whose last three overs cost only 12 runs. But Afghanistan had gained too much ground in the first 45.

The response was nervy from the early overs. Nissanka was given lbw but was saved by a review, in the third over. Next over, Kusal Mendis also reviewed an lbw decision against him off the bowling of Ahmadzai, but was unsuccessful. Dinesh Chandimal struck some nice boundaries, but was bowled by Farooqi in the seventh over. De Silva struck some even nicer boundaries, but was bowled by Gulbadin, off the inside edge, in the 11th.

Sri Lanka were well ahead of the required rate, but were 75 for 3. Then 90 for 4 when Gulbadin had Asalanka edging to slip. Then 137 for 5 when Dasun Shanaka holed out to deep midwicket off the same bowler.

They just kept losing wickets, though the required rate never climbed to unmanageable levels. Nissanka was out for an excellent 85 off 83 balls, edging Farooqi back on to his stumps. Dhananjaya Lakshan was bowled by a Farooqi yorker soon after.

This was all a shame, because Hasaranga was starting to go nuts. In the 31st over, bowled by Mohammad Nabi, Hasaranga banged a six over long off first ball, faced a dot, then cracked four consecutive fours through the offside to take 22 off the over. He kept finding the boundary, but Afghanistan kept finding wickets.

By the end, Hasaranga was turning down singles to keep the strike, but even what little balls the tailenders had to face, they did not deal with particularly well. Hasaranga was bowled for 66 off 46 at the end of the 38th over, ending Sri Lanka’s innings.
(espncricinfo.com)