Oil prices hit their highest in four months after two attacks on Saudi Arabian facilities on Saturday knocked out more than 5% of global supply.

Prices eased back slightly after US President Donald Trump authorised the release of US reserves.

It could take weeks before the Saudi facilities are fully back on line.

The drone attacks on plants in the heartland of Saudi Arabia's oil industry included hitting the world's biggest petroleum-processing facility.

US Secretary of State Mike Pompeo said Tehran was behind the attacks. Iran accused the US of "deceit."

Later Mr Trump said in a tweet the US knew who the culprit was and was "locked and loaded" but waiting to hear from the Saudis about how they wanted to proceed. 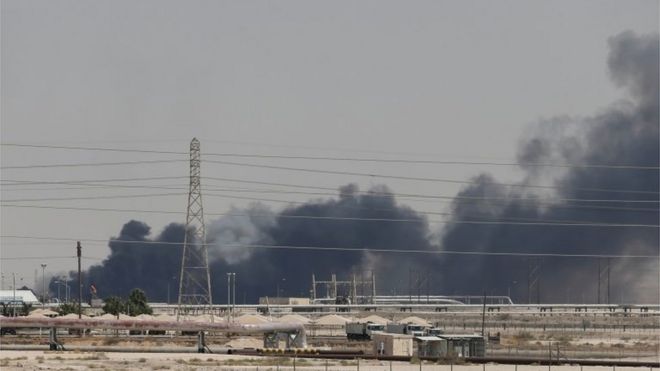