Taking a leap of faith - Harry

The Duke of Sussex has said he is "taking a leap of faith" in stepping back from being a senior royal, adding: "There really was no other option."

Speaking at an event on Sunday evening, Prince Harry said he and Meghan had hoped to continue serving the Queen, but without public funding.

"Unfortunately, that wasn't possible," he said.

It was his first speech since the couple said they wanted to stand down from being full-time working royals.

The prince said he had found "the love and happiness that I had hoped for all my life" with Meghan, but he wanted to make it clear they were "not walking away".

"The UK is my home and a place that I love, that will never change," he said.

Prince Harry said it was a sign of the pressures he was feeling that he would "step my family back from all I have ever known" in search of "a more peaceful life".

Earlier this month, Prince Harry and Meghan said they intended "to step back as 'senior' members of the Royal Family and work to become financially independent".

On Saturday, Buckingham Palace announced that from the spring they will stop using their HRH titles and withdraw from royal duties, including official military appointments.

And on Monday Prince Harry was pictured at the UK-Africa Investment Summit in London, where he held a number of private meetings, including with Prime Minister Boris Johnson. 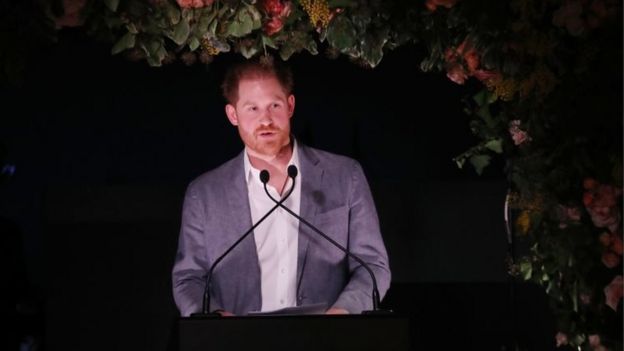 Prices of imports to increase further

President to take over Public Trustee Dept. from PM?