At least four generations of Apu Sarker's family have an extremely rare condition leaving them with no fingerprints
Jan 06, 2021

The family with no fingerprints

Apu Sarker was showing his open palm to me on a video call from his home in Bangladesh. Nothing seemed unusual at first, but as I looked closer I could see the smooth surfaces of his fingertips.

Apu, who is 22, lives with his family in a village in the northern district of Rajshahi. He was working as a medical assistant until recently. His father and his grandfather were farmers.

The men in Apu's family appear to share a genetic mutation so rare it is thought to affect only a small handful of families in the world: they have no fingerprints.

Back in the day of Apu's grandfather, having no fingerprints was no big deal. "I don't think he ever thought of it as a problem," Apu said.

But over the decades, the tiny grooves that swirl around our fingertips - known properly as dermatoglyphs - have become the world's most collected biometric data. We use them for everything from passing through airports to voting and opening our smartphones. 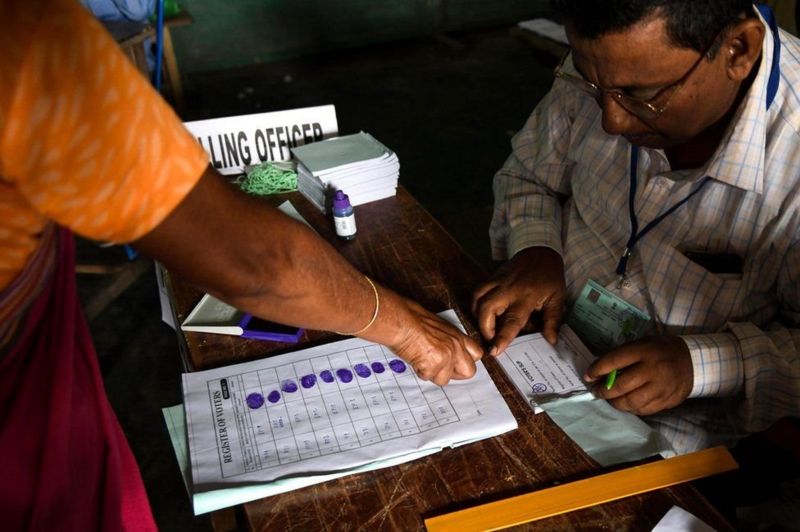 A voter in India gives her fingerprint before casting a ballot

In 2008, when Apu was still a boy, Bangladesh introduced National ID cards for all adults, and the database required a thumbprint. The baffled employees did not know how to issue a card to Apu's father, Amal Sarker. Finally, he received a card with "NO FINGERPRINT" stamped on it.

In 2010, fingerprints became mandatory for passports and driver's licences. After several attempts, Amal was able to obtain a passport by showing a certificate from a medical board. He has never used it though, partly because he fears the problems he may face at the airport. And though riding a motorbike is essential to his farming work, he has never obtained a driving licence. "I paid the fee, passed the exam, but they did not issue a licence because I couldn't provide fingerprint," he said.

Amal carries the licence fee payment receipt with him but it doesn't always help him when he gets stopped - he has been fined twice. He explained his condition to both bemused officers, he said, and held up his smooth fingertips for them to see. But neither waived the fine.

"This is always an embarrassing experience for me," Amal said.

In 2016, the government made it mandatory to match a fingerprint with the national database in order to purchase a Sim card for a mobile phone.

"They seemed confused when I went to buy a Sim, their software kept freezing every time I put my finger on the sensor," Apu said, with a wry smile. Apu was denied the purchase, and all the male members of his family now use Sim cards issued in his mother's name. 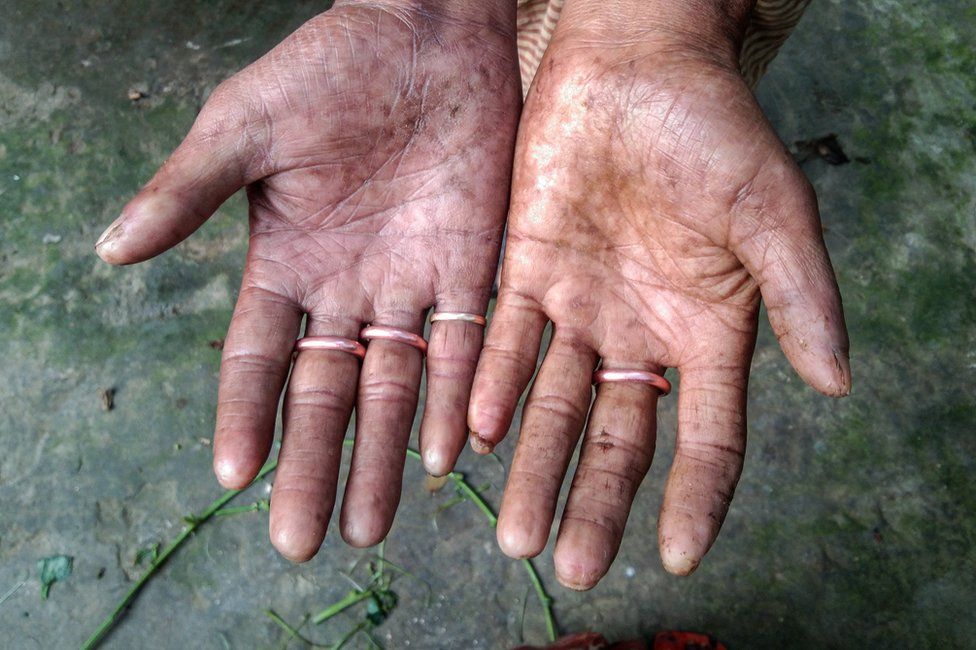 Amal Sarker's fingertips, missing the unique patterns found on most

The rare condition likely afflicting the Sarker family is called Adermatoglyphia. It first became widely known in 2007 when Peter Itin, a Swiss dermatologist, was contacted by a woman in the country in her late twenties who was having trouble entering the US. Her face matched the photograph on her passport, but customs officers were not able to record any fingerprints. Because she didn't have any.

Upon examination, Professor Itin found the woman and eight members of her family had the same strange condition - flat finger pads and a reduced number of sweat glands in the hands. Working with another dermatologist, Eli Sprecher, and graduate student Janna Nousbeck, Professor Itin looked at the DNA of 16 members of the family - seven with fingerprints and nine without.

"Isolated cases are very rare, and no more than a few families are documented," Prof Itin told the BBC.

In 2011, the team homed in on one gene, SMARCAD1, which was mutated in the nine printless family members, identifying it as the cause of the rare disease. Virtually nothing was known about the gene at the time. The mutation appeared to cause no other ill-health effects apart from the effects on the hands.

The mutation they were looking for for those years affected a gene "nobody knew anything about", said Professor Sprecher - hence the years it took to find it. Plus, the mutation affected a very specific part of the gene, he said, "which apparently had no function, in a gene of no function".

Once discovered, the disease was named Adermatoglyphia, but Prof Itin dubbed it "immigration delay disease", after his first patient's trouble getting into the US, and the name stuck,

Immigration delay disease can affect generations of a family. Apu Sarker's uncle Gopesh, who lives in Dinajpur, some 350km (217 miles) from Dhaka, had to wait two years to get a passport authorised, he said.

"I had to travel to Dhaka four or five times in the past two years to convince them I really have the condition," Gopesh said.

When his office started using a fingerprint attendance system, Gopesh had to convince his superiors to allow him to use the old system - signing an attendance sheet every day.

A dermatologist in Bangladesh has diagnosed the family's condition as congenital palmoplantar keratoderma, which Prof Itin believes developed into secondary Adermatoglyphia - a version of the disease which can also cause dry skin and reduced sweating on palms and feet - symptoms reported by the Sarkers.

More testing would be needed to confirm that the family has some form of Adermatoglyphia. Professor Sprecher said his team would be "very glad" to assist the family with genetic testing. The results of those tests might bring the Sarkers some certainty, but no relief from the day to day struggles of navigating the world without fingerprints.

For the afflicted Sarkers, society seems to be becoming more and more unwieldy, rather than evolving to accommodate their condition. Amal Sarker lived most of his life without too much trouble, he said, but he felt sorry for his children.

"It is not in my hands, it is something I inherited," he said. "But the way me and my sons are getting in all sorts of problems, for me this is really painful."

Amal and Apu recently got a new kind of national ID card being issued by the Bangladeshi government, after presenting a medical certificate. The card uses other biometric data too - retina scan and facial recognition.

But they still can't buy a Sim card or obtain a driver's licence, and obtaining a passport is a long and drawn out process.

"I am tired of explaining the situation over and over again. I've asked many people for advice, but none of them could give me any definite answer," said Apu. "Someone suggested I go to court. If all options fail, then that's what I might have to do."

Apu hopes he will be able to get a passport, he said. He would love to travel outside Bangladesh. He just needs to start his application.

Photographs courtesy of the Sarker family.

Approved schools in WP to reopen on Feb 15