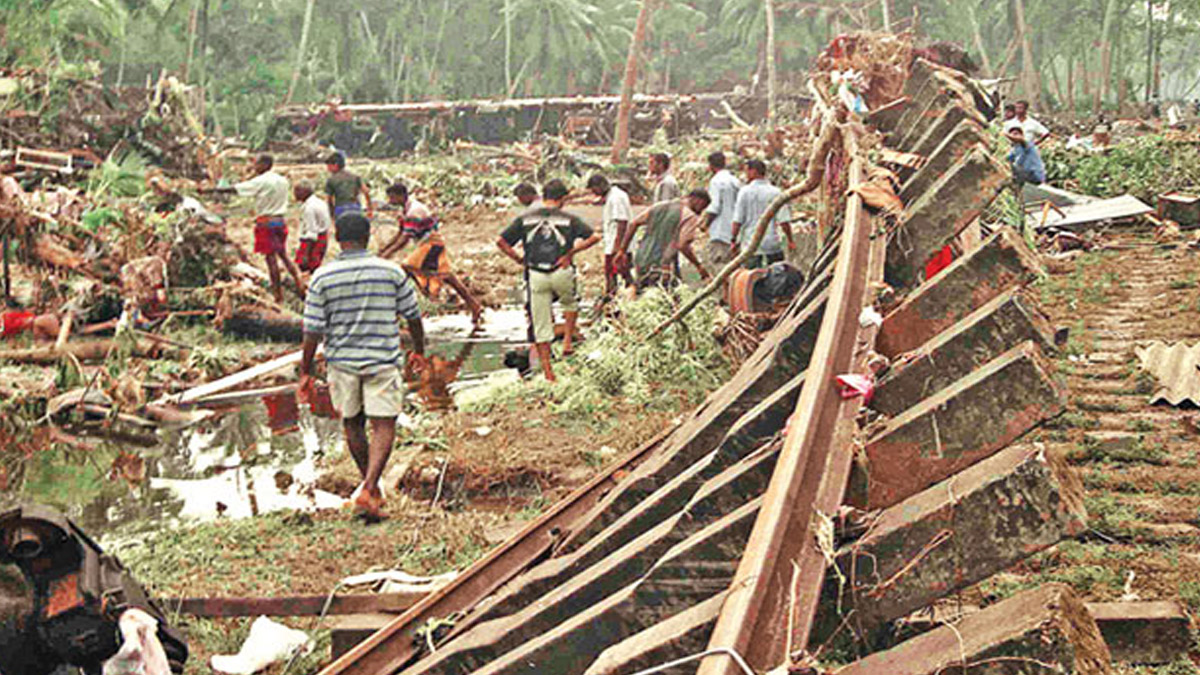 The main commemoration of the 2004 Tsunami disaster would be held in front of the ‘Peraliya Tsunami Memorial’ in Galle with the participation of State Minister of Defence and other government officials including the Defence Secretary, the armed forces and the police as well as the community.

Accordingly, two minutes of silence will be observed from 9.25 am to 9.27 am on December 26 in remembrance of the people who perished in the tsunami and other natural disasters.

Fourteen coastal districts of Sri Lanka were affected by the tsunami disaster in 2004 and the death toll was around 35,000.

In order to remember the people who perished in the tsunami and other natural disasters, the Government of Sri Lanka commemorates this day as National Safety Day according to the Cabinet Paper No. 15/1975/715/001-1 of 2005.

EC to call for LG Election nominations in January!