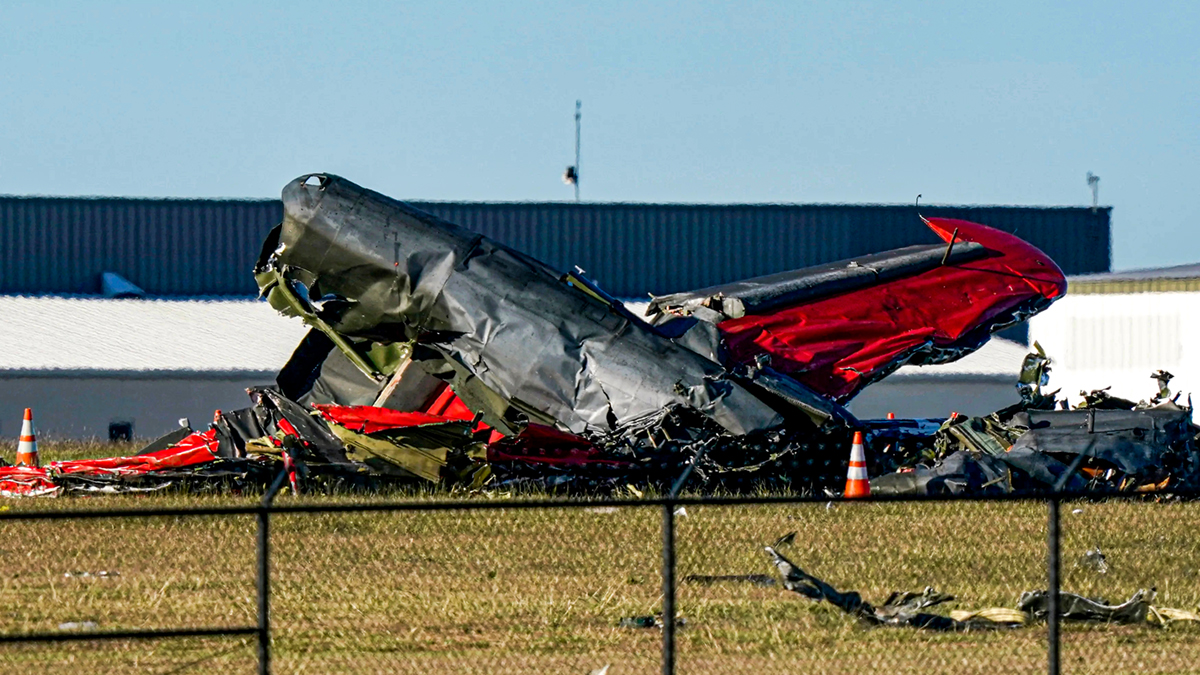 Two vintage World War Two-era planes have collided and crashed at an air show in the US state of Texas, killing at least two.

Footage shows the aircraft striking each other at a low altitude, breaking one of the aircraft in half. A fireball can be seen as it hits the ground.

The planes – one of them a Boeing B-17 Flying Fortress – were taking part in a commemorative air show near Dallas.

It was not immediately clear how many people were in the two aircraft.

The Allied Pilots Association, which represents American Airlines pilots, said Terry Barker and Len Root – two of its former members – were among people who died in the collision.

Other media reports suggest as many as six people may have died in the collision.

Eyewitness Chris Kratovil – who was one of between 4,000 and 6,000 who had gathered to watch the Wings Over Dallas Airshow on Saturday – told the BBC he had “never seen a crowd grow more quiet or more still in just a blink of an eye”.

“It went from being a fairly excited, energetic crowd… to complete silence and stillness, and a lot of people, including myself, turned their children towards them and away from the airfield because there was burning wreckage in the middle of the airfield.”

The Federal Aviation Administration said it will investigate the crash at the three-day event, which describes itself as the US’s premiere WW2 air show and was being held in honour of Veterans Day,

“The videos are heart-breaking,” he tweeted. “Please, say a prayer for the souls who took to the sky to entertain and educate our families today.”

The number of casualties are not yet confirmed, he said, but added that nobody on the ground had been reported injured.

The event’s website states that several planes had been scheduled to do a flyover demonstration on Saturday.

The B-17 bomber played a major role in winning the air war against Germany in WW2.

The second plane, a P-63 Kingcobra, was a fighter aircraft used in the same war, but used in combat only by the Soviet Air Force.

The B-17 usually has a crew of about four to five people, while the P-63 has a single pilot, said Hank Coates, from the Commemorative Air Force which organised the event – but he could not confirm any fatalities.

“This was a WW2 flight demonstration type air show where we highlight the aircraft and their capabilities,” he told reporters.