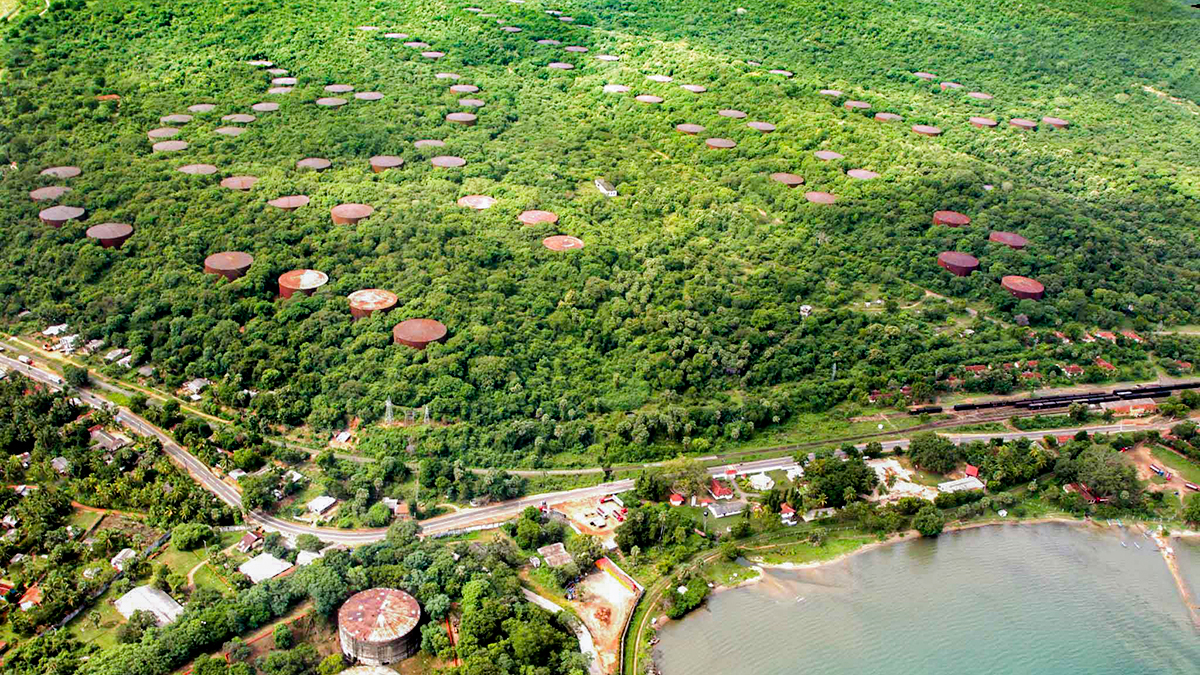 Cabinet approval has been sought to lease a 7.8 hectare area of land to the Ceylon Petroleum Corporation with effect from Jan. 06, 2022, in order to expedite the development of the Trincomalee Oil Tank Farm while implementing the relevant Quadripartite Agreement.

The Cabinet memorandum in this regard was tabled on Dec. 23 last year by Minister of Power and Energy – Kanchana Wijesekara.

On Jan. 06, 2022, the government of Sri Lanka inked a quadripartite agreement on January 06, with India to jointly develop the Trincomalee Oil Tank Farm. It was signed at the Finance Ministry with the Government of Sri Lanka, the Ceylon Petroleum Corporation (CPC), Lanka IOC and the subsidiary company Trinco Petroleum Terminal Pvt. Ltd. as the signatories.

In the subsidiary company named Trinco Petroleum Terminal Pvt. Ltd., established for the joint development of these 61 oil tanks, the CPC retained 51% while Lanka IOC held 49% of the issued shares of the joint venture company.

Further, two plots of lands where the oil pipeline system is located, is to be leased to the Lanka IOC for 50 years, by keeping the right of way to the CPC and the Trinco Petroleum (Pvt.) Ltd.

In addition, the plot where 14 employee quarters of Lanka OIC are located is also to be leased to the Lanka IOC for 50 years.

Meanwhile, ‘The Hindu’ newspaper has reported that during the visit of Indian External Affairs Minister – S. Jaishankar later this week, talks are expected on two possible MoUs – on the Trincomalee development project and the long-pending plan for a cross-strait transmission line that would allow Sri Lanka access to India’s plans for an energy grid along with other countries like Nepal, Bhutan and Bangladesh.

“India is expected to give a positive response to Sri Lanka’s requirements, in keeping with India’s support last year as well,” the article had added, citing a source.