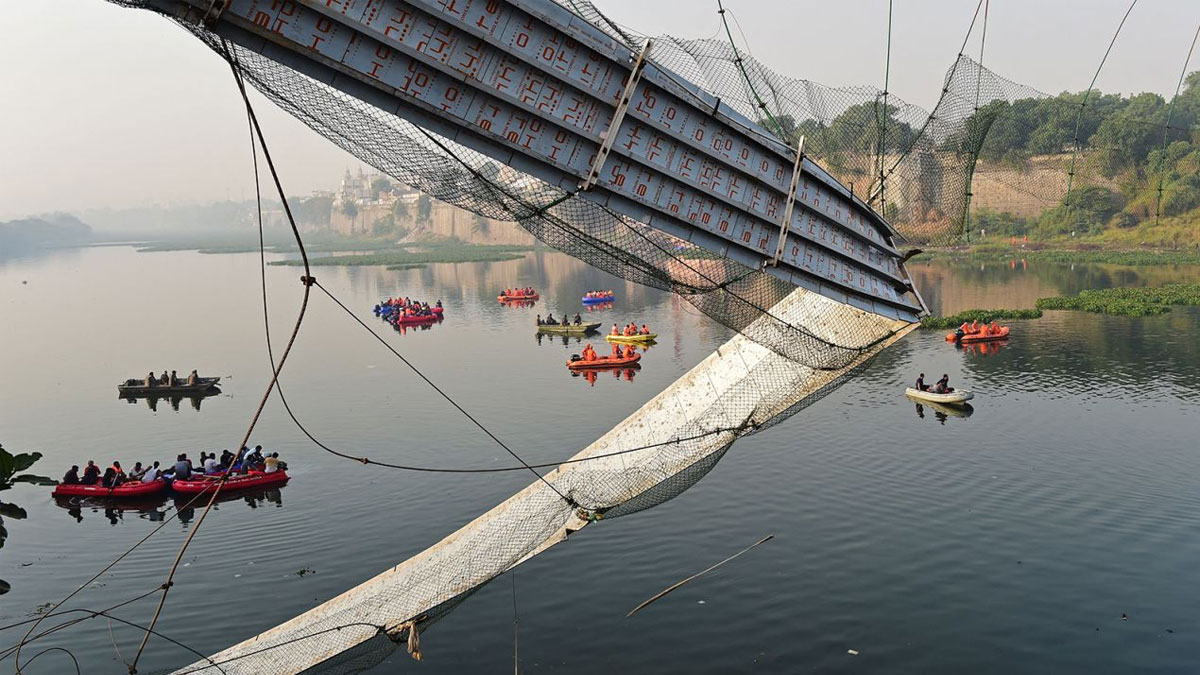 At least 141 people have died and dozens more have been injured after a bridge collapsed in the western Indian state of Gujarat on Sunday.

Hundreds of people were standing on the pedestrian suspension bridge – a major tourist attraction in Morbi district – when it collapsed into the Machchu river.

The bridge had been reopened just days ago after being closed for repairs and Municipality officials have said that the bridge may have been reopened without a “fitness certificate.”

The Gujarat government has launched an investigation and is questioning eight people in connection with the collapse, which comes weeks ahead of key state elections.

Eyewitnesses described scenes of chaos at the site, while crematoriums were running full on Monday.

Prime Minister Narendra Modi said he was “pained” by the incident and has announced that he would visit Morbi on Tuesday.