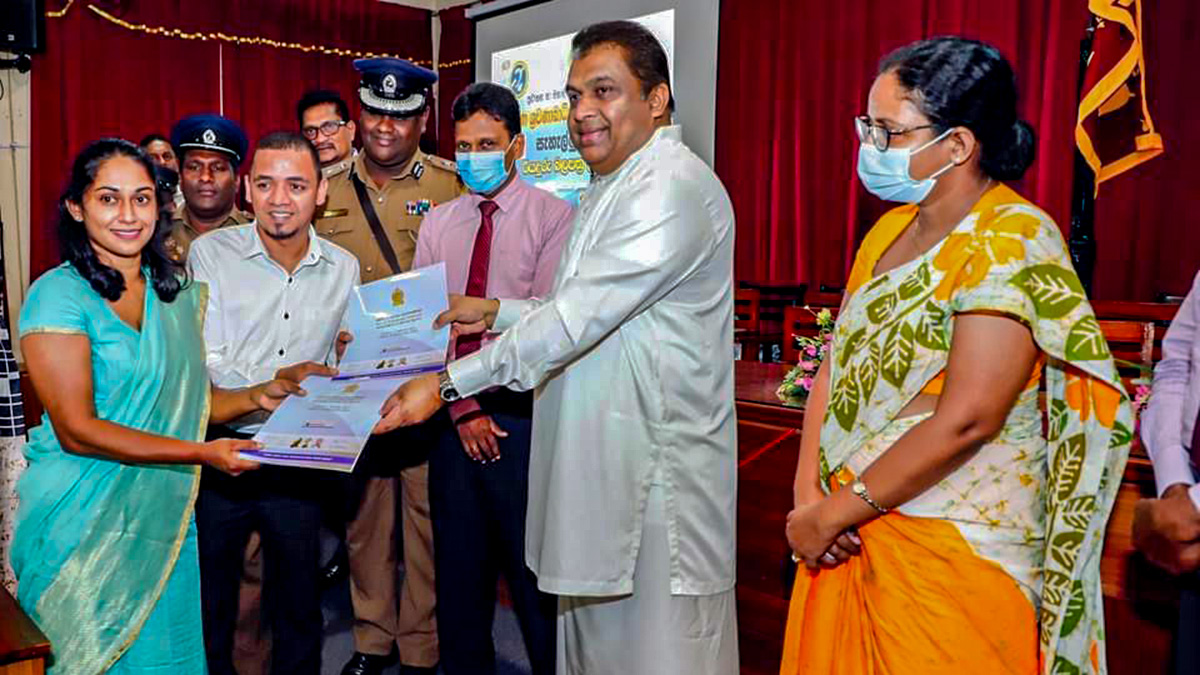 The Transport and Highways Ministry today (16) launched their pilot program to issue light vehicle driving licenses for the hearing impaired in the Gampaha district.

Accordingly, temporary driving licenses for practical training (Learner Permit) were issued at the Motor Traffic Department’s Gampaha office by Transport State Minister Lasantha Alagiyawanna today. The permanent license will be given to them after three months of practical training.

On Nov. 06, the medical examination and written test for applicants for a driver’s license were conducted.76 people appeared for the written test, and 44 passed.

According to the records of the Department of Statistics, there are about 388,000 people with hearing impairments in the country, with 39,000 of them living in the Gampaha district. It is also said that nearly 1,000 hearing impaired people from around the country have applied for driving licenses.