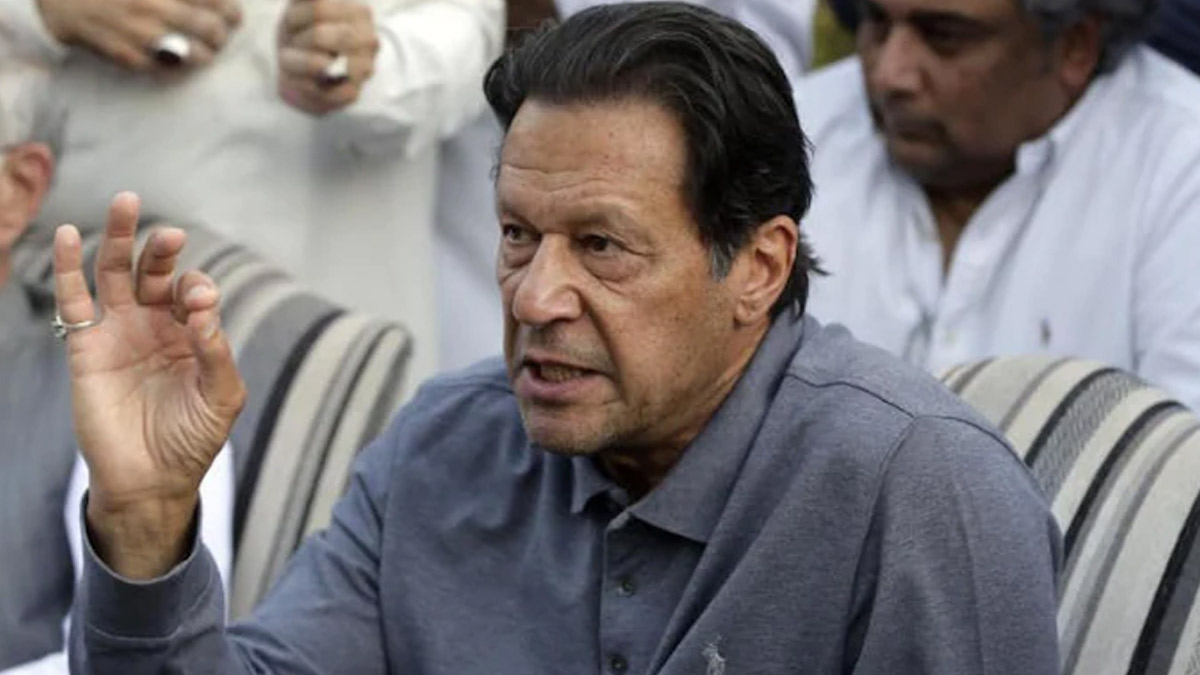 Former Pakistan Prime Minister Imran Khan is caught in a controversy over a leaked audio clip allegedly of his intimate conversations with a woman, Indian Media reported.
It said the audio clips, shared by Pakistani journalist Syed Ali Haider on YouTube, have shocked the nation months before the general election. Some reports claimed the audio emerged from the Pakistan Prime Minister’s Office.

The clips, which are viral, are the latest in a series of alleged leaked conversations ascribed to Imran Khan after he lost power earlier this year.

Imran Khan’s party Pakistan Tehreek -e-Insaaf (PTI) has called the audio clips fake and has accused the government of using fake videos and audios to target their chief.

In the recordings allegedly of a call between the cricketer-turned-politician and a woman, a man is heard making lewd remarks while pressing for a rendezvous.

The man, apparently the former Pakistan PM, urges the woman to meet him, but she is reluctant and says she is “sore”.

They discuss meeting the next day, but the man says he will confirm the meeting as his family is supposed to visit. “I will see if it’s possible as my family and children are coming. I will try to get their visit delayed. I will let you know tomorrow,” says the voice.

It is yet to be established that the voice in the clips belongs to Imran Khan, but the former Pakistan PM is being pummelled online.

Krish Perera to be questioned over Schaffter’s murder!

Keheliya goes to India to buy medicine from unregistered company