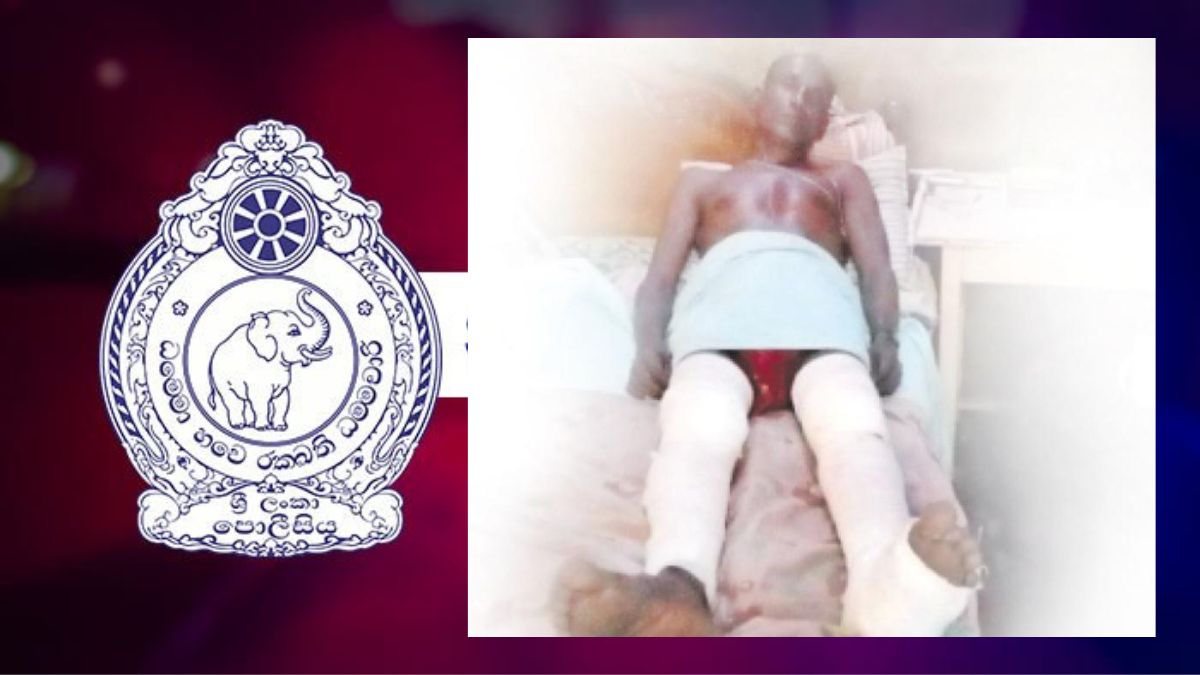 Angulana-South Fishermen’s Society Secretary Sanath Nandasiri made a serious accusation that the Angulana Police have produced wrong suspects in the court instead of the assailants who severed his legs and assaulted him.

Mr. Nandasiri is a resident of Wellabada at Angulana-South in Moratuwa and he faced this incident on December 28 while he was sleeping.

The gang severed his legs with Manna knives and beat him with iron rods.

Four suspects have been arrested and produced in the court.

However, the secretary alleged that the police have not arrested the assailants.

He also said the police had presented new swords and rods to the court instead of the Manna knives and iron clubs which were used to carry out the attack.

Previously, Mr.Nandasiri has made accusations on several occasions that fishing societies are being maltreated and the fishing nets due to the fishing community under the Saubhagya Programme had been piled up at the Divisional Secretariat premises without being released.

He also told the media that he has written to the authorities responsible including the President about the non-receipt of compensation to the fishermen from the Express Pearl vessel and the various irregularities committed by the Ministry of Fisheries.

An inquiry was to be held on the day after the attack regarding the irregularities that had taken place under the Saubhagya Programme as revealed by Mr.Nandasiri.

“A group of assailants caused serious injuries to my legs against this backdrop, and I am confined to the bed at home receiving treatment for about a month,” he said.

In the meantime, Mr. Nandasiri requested the Angulana Police, the Senior Superintendent of Police-Mount Lavinia and the Inspector General of Police to conduct a fair investigation and arrest the real suspects.

Eggs to be imported from India!

Itukama Fund balance to be credited to President’s Fund!