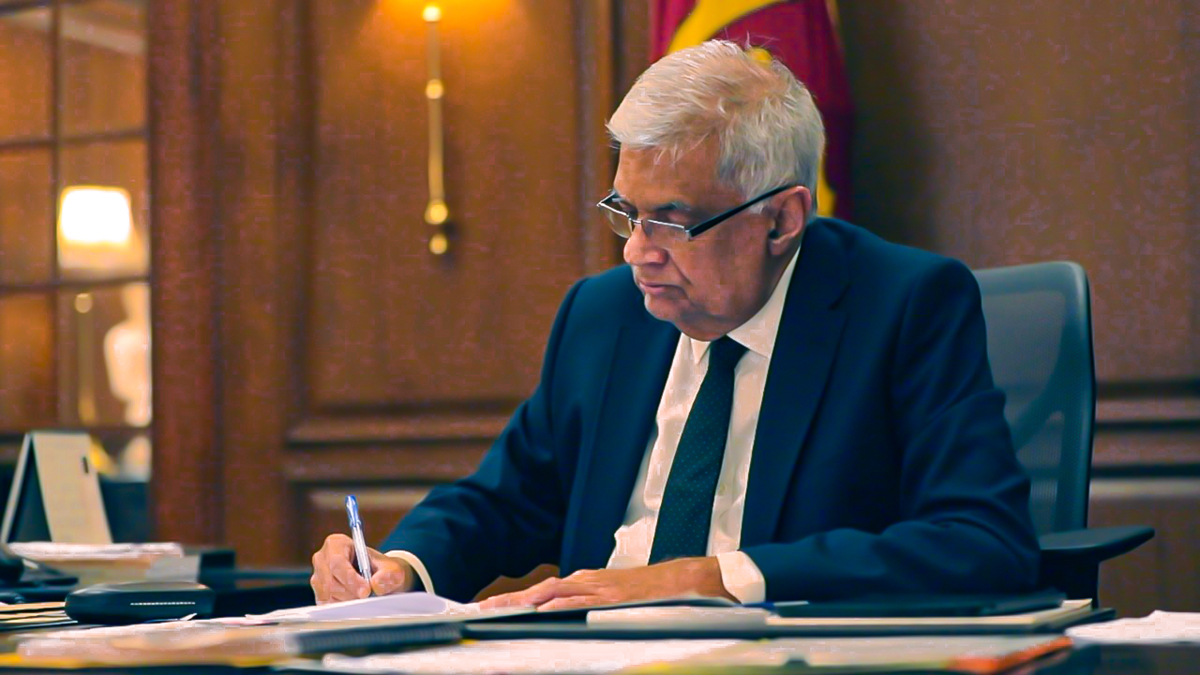 On the directions of President Ranil Wickremesinghe, the Government decides to reorganize the existing conventional institutional set-up and newly establish the International Trade Office (ITO) to interconnect all the relevant institutions and synergize their work to obtain maximum output from the external trade sector to the National Economy.

Realizing the untapped economic potential of trade and investment via linking with regional and global value chains is a major element of the Government’s economic revival programme. Towards this end, the ambition is to first integrate into South Asia and then expand to the east; China, Thailand and Indonesia linking to the Regional Comprehensive Economic Partnership (RCEP) which consists of 30% of the world’s GDP, trade and population.

To achieve this overarching objective, there is no alternative but to formulate a strong institutional structure to manage Sri Lanka’s presence in international trade while removing the existing compartmentalization of trade-related institutions and eliminating the gaps in the approaches taken by multiple institutions. The Government has decided to reorganize the existing conventional institutional set-up and newly establish the International Trade Office (ITO). ITO will interconnect all the relevant institutions and synergize their work to obtain the maximum output from the external trade sector to the National Economy.

The ITO, once it is established through an Act of Parliament will be headed by an Ambassador of International Trade, supported by an eminent group of advisors who has expertise in international trade and the core structure of the institution will consist of designated officers from all the relevant institutions attached to it. The National Trade Negotiation Committee which undertakes the Free Trade Negotiations will also be an integral part of the ITO. As announced in the 2023 Budget Speech, the ITO will initially be established under the Ministry of Finance and subsequently, it will be amalgamated into the Ministry of Foreign Affairs to implement Sri Lanka’s foreign trade development policy across the world with enhanced and effective coordination.

Until the establishment of the ITO is fully completed, the core staff of the institution have been built up at the Presidential Secretariat immediately to start functioning. Accordingly, taking immediate measures to operationalize Sri Lanka – Singapore FTA (SLSFTA) which entered into force in May 2018 but has not been operationalized till now, will be the first task of the ITO. The Joint Committee set up in accordance with SLSFTA comprising designated officials from both countries will meet in January 2023 and finalize the modalities to agree on operationalization.

No elated celebrations this Christmas: Cardinal