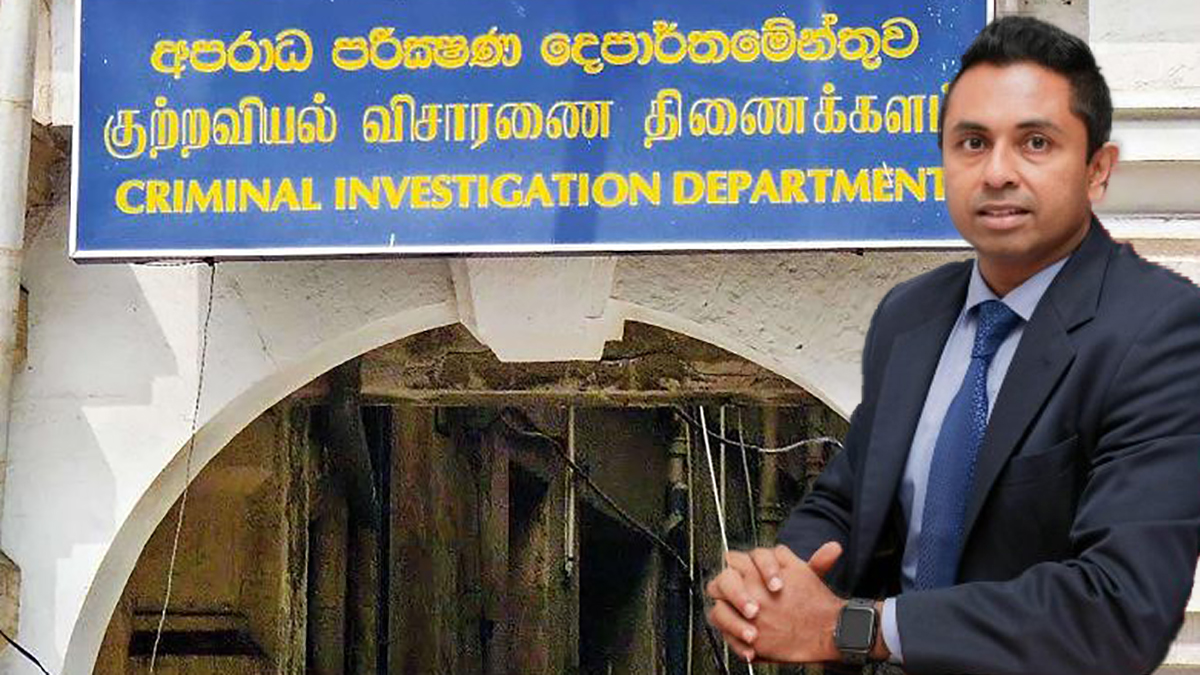 The investigations launched into the murder of Janashakthi Group Director Dinesh Schaffter has revealed that a text message was sent from his mobile phone to cricket commentator Brian Thomas only after Mr. Schaffter became a victim of the criminals at the Borella Cemetery.

Accordingly, it has been revealed that the text message was sent to the mobile phone of Mr. Thomas by the killers of Mr. Schaffter.

Also, the investigations by the Criminal Investigation Department (CID) have revealed that the car in which Schaffter was travelling had gone directly to the Borella Cemetery from his home at no:15, Flower Road, Cinnamon Gardens.

The investigative teams suspect that Mr. Schaffter left home at around 2.06 pm and that this crime was committed within half an hour or so after leaving home.

Further investigations are being conducted to find out whether a person got into the car on the way or whether he went to the cemetery expecting to meet someone.

After observing the location where the vehicle was parked at the cemetery, the investigating officers have said that someone who has a proper understanding of the Borella Cemetery is involved in this crime.

Investigations revealed that a text message saying “I will wait for you” was sent to the mobile phone of Thomas, who is in a dispute with Schaffter regarding a financial transaction, when his vehicle was inside the cemetery.

It is suspected that the message was sent from Mr. Schaffter’s mobile phone by the person or group of people who committed the crime since the text message has been sent after 2.30 pm.

There is a suspicion that the murderers have attempted to bring Thomas to the location of the crime and frame him for the murder.

Mr. Thomas has replied to that text message saying, “I have nothing to do with you. I don’t want to meet you.”

Police sources revealed that the mobile phones of Mr.Thomas and Mr. Schaffter were taken into custody by the CID and forwarded to the Computer Forensic Laboratory.

No evidence to say Brian was involved in the crime

Police Media Spokesman SSP Nihal Thalduwa said the security camera system at the house of Mr. Thomas has also been investigated by the CID.

He said that no information has been revealed to confirm that Mr. Thomas was away from home during the time of the murder or that he was involved in this crime.

Mr. Thalduwa said the officers of the Organized Crime and Homicide Investigation Division of the CID have obtained statements from 23 people including several family members of Mr. Schaffter as well as several employees of the Borella Cemetery.

Statement to be recorded from the wife

The official also said that since the last rites were held yesterday, they will start the work from tomorrow.

Mr. Schaffter’s wife initially told the police that he left the house saying that he will return in half an hour.

When exactly half an hour had passed, she had made a phone call to her husband and when she did not get a response, she had become worried.

In the investigations, special attention has been paid to the fact that Mr. Schaffter has shared his location sharing facility of his phone with his business partner in addition to his wife.

The business partner, who is also a company director, has told the police that Mr. Schaffter has told him that he was going to meet Thomas.

He is also the first person to find Mr. Schaffter.

According to the CID, the investigations into the murder of Mr. Schaffter has now taken a new turn.

In relation to the investigation into the murder, 42 CCTV cameras along the road from his house to the cemetery have also been examined.

Ex-FBI official arrested upon return to US from Sri Lanka

Several SLPPers against LG polls despite having funds

Ex-FBI official arrested upon return to US from Sri Lanka 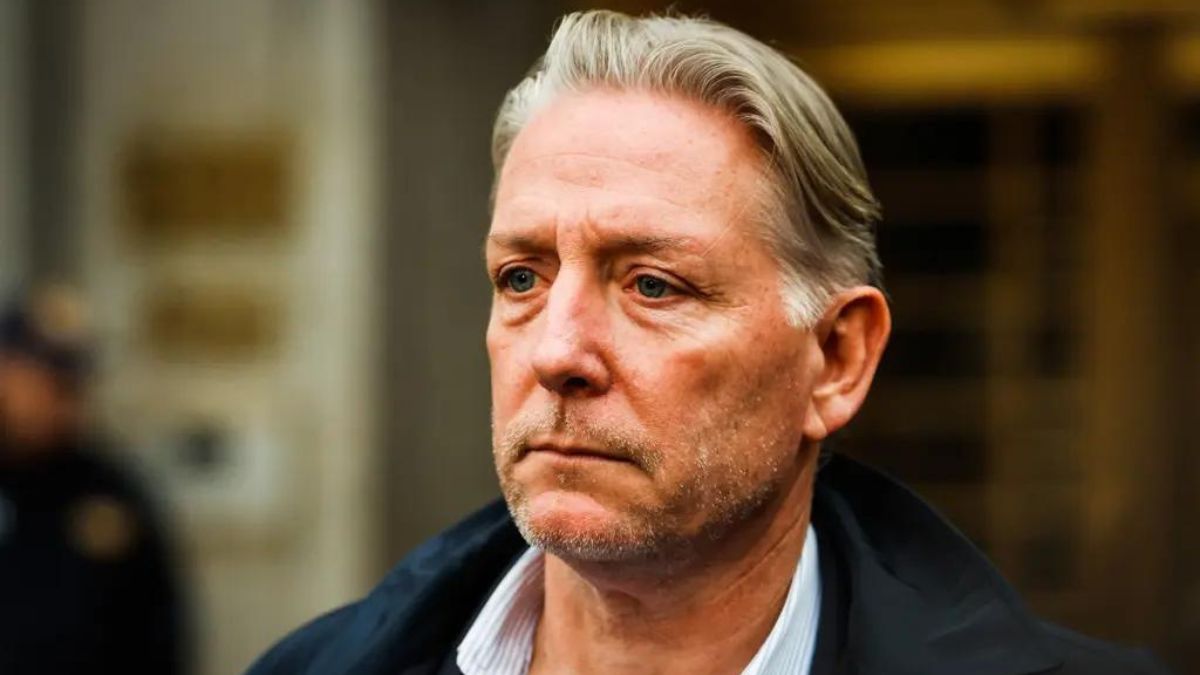 Charles McGonigal, the former FBI official, was arrested at JFK Airport on Saturday when he was returning from Sri Lanka.

The New York Post reported that McGonigal was indicted by US authorities over his ties to Russian oligarch Oleg Deripaska.

He has quietly spent the past year working for another Russian-born billionaire Vladislav Doronin.

Aman Resorts, a five-star hotel chain owned by Doronin – a martial-arts-trained property magnate who has been branded “Russia’s answer to Donald Trump” – hired McGonigal in the spring of 2022 for a high-dollar job as director of security for Aman’s 34 locations around the world, according to sources with direct knowledge of the situation.

Indeed, sources speculated that McGonigal was arrested at JFK Airport on Saturday when he was returning from a business trip in Sri Lanka, where Aman operates a pair of swanky hotels.

Sources said McGonigal worked for Aman out of New York City, where the company opened its first property in August on Fifth Avenue and 57th Street in the former Crown building, quickly earning the reputation as the most expensive property in the Big Apple with room rates starting at $2,400 per night.

Several SLPPers against LG polls despite having funds 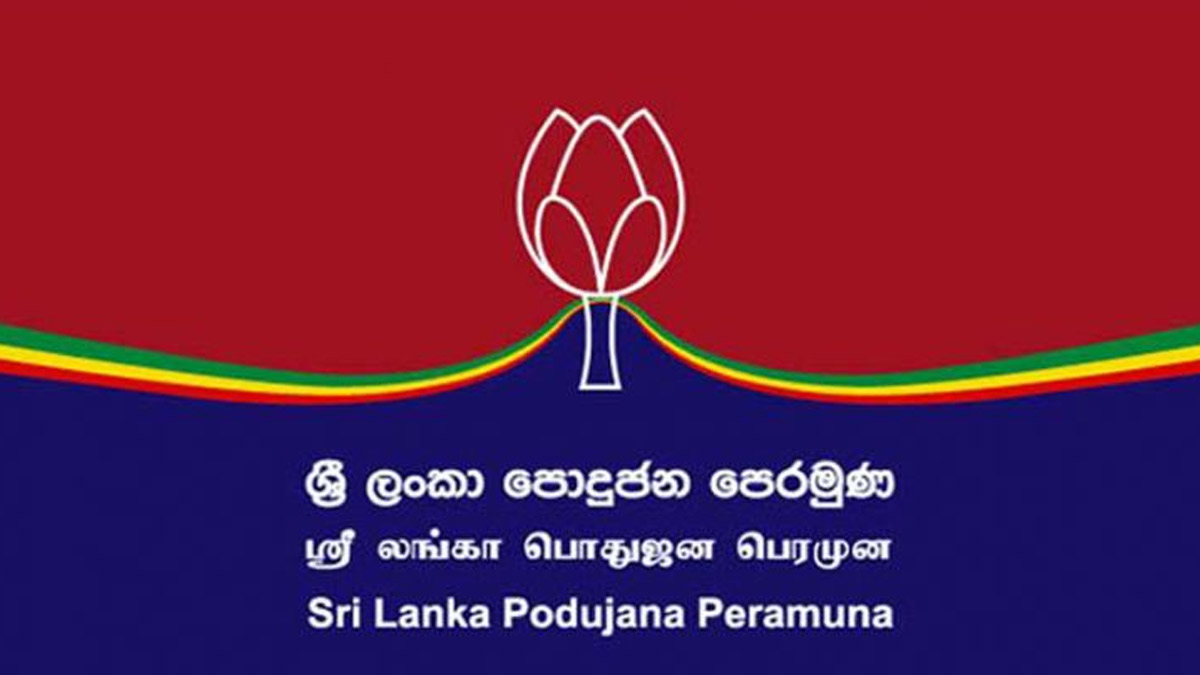 A group of Pradeshiya Sabha and Municipal Council members representing the Sri Lanka Podujana Peramuna (SLPP) have requested the President to postpone the proposed Local Government election by a few months.

It was reported that 47 heads of local government bodies from the SLPP met the President last Wednesday and made this request.

They have said that it is difficult for the people to face an election under the current economic situation, and for the government as well as themselves to incur large expenses for the election.

The President who has responded to their request has said that the relevant authorities will take a decision on the election after considering the current economic situation.

Accordingly, the Elections Commissioner General said that Rs.10 billion have been allocated for the election to be held next year (2023).

He said the LG elections were scheduled to be held this year (2022) and accordingly the related estimates have been sent to the Finance Ministry in advance.

He told the media that Rs.5.8 billion were spent on the previous parliamentary election.

The Election Commission said that the LG elections should be held before March 19 next year and the list of LG members should be gazetted in relation to 341 LG bodies.

The Commissioner General also said that according to the Local Government Elections Act No. 16 of 2017, the members will be gazetted at the divisional level and under the mixed proportional representation system.

Mr.Ratnayake said that it usually takes about 60 to 65 days to conduct an election and therefore, the Commission has decided to send the final notification about the nomination date in the last week of this month.

He pointed out that the Election Commission has the full authority to announce the local government election. 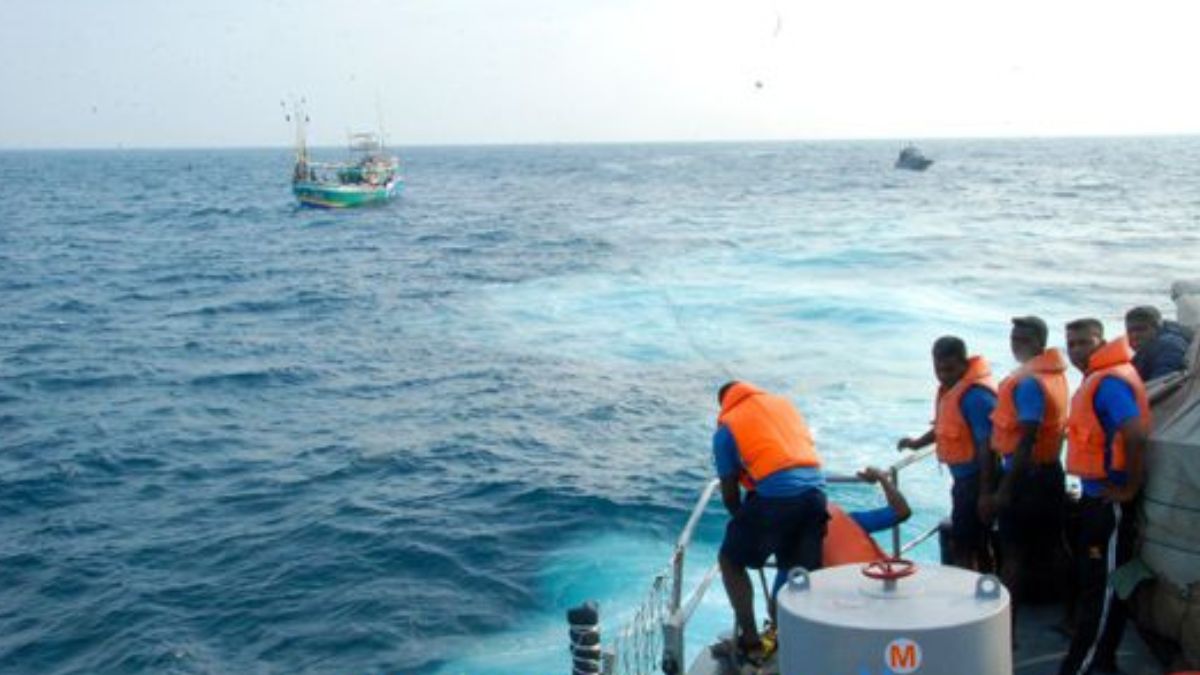 The distressed vessel is reported to have trespassed into Sri Lanka’s territorial waters following a mechanical failure while it was carrying the passengers from Myanmar to Indonesia.

Upon receiving the distress call by the Operations Room of the Northern Naval Command, the Navy rescued the Myanmar nationals.

They were brought to the Kankasanthurai Harbour and will be handed over to relevant authorities for further action.